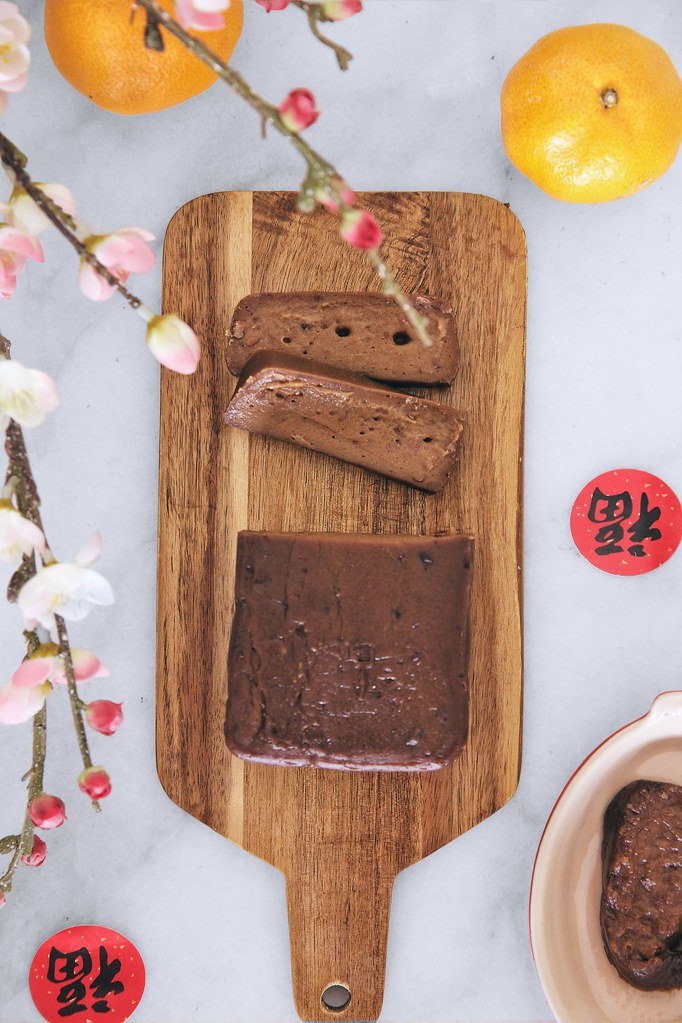 Nian gao (年糕), literally ‘year cake,’ is a sticky glutinous rice flour cake traditionally eaten during Chinese New Year, not unlike the Japanese mochi. It is considered good luck to eat nian gao during the new year because nian gao is a homonym for 年高 (promotion or prosperity).

The most basic ingredients for nian gao is glutinous rice flour, sugar, and water. Variations on nian gao include the addition of red beans, green beans, jujubes, and walnuts; and using coconut milk instead of water. This version uses red bean (azuki) tempeh and coconut milk. As the beans are fermented, there is less anti-nutrients and more bioavailable nutrients. It also adds more flavour to the nian gao, something more than just sweet. Coconut milk and unrefined coconut sugar gives a richer, more complex flavour. 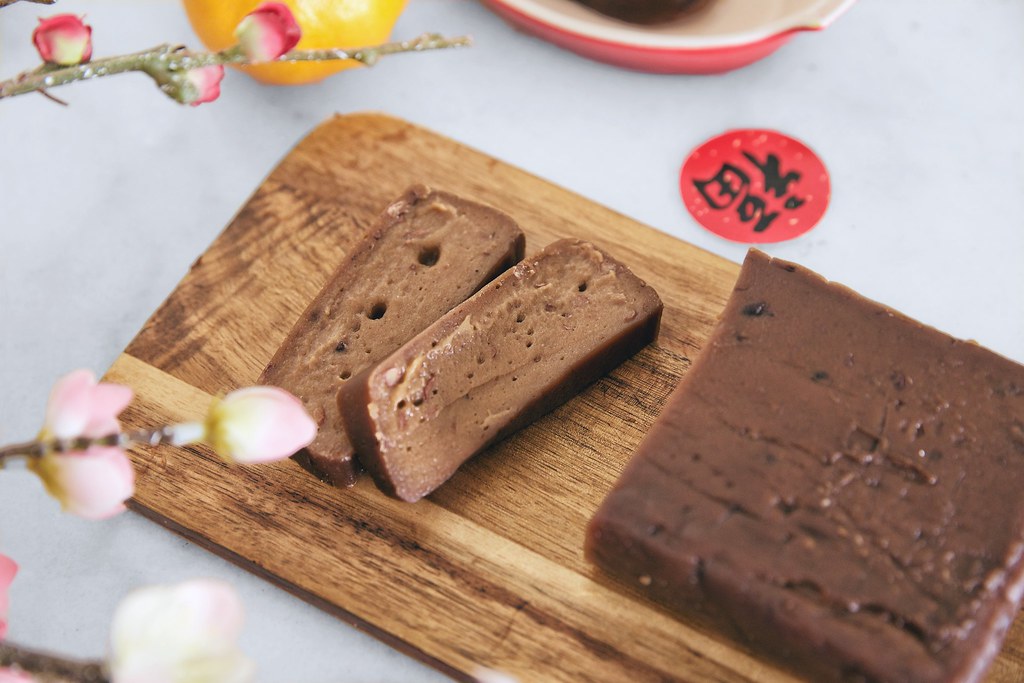 Decide on your preferred texture

In this recipe I have chosen to make a smooth nian gao by blending the beans to a smooth paste. If you prefer a more toothsome bite, you can use the glutinous rice batter with crumbled red beans.

When researching on how to make nian gao, I discovered that the traditional method is a tedious process. Whole white glutinous rice is soaked, washed and drained; the rice is ground to a paste, mixed with white sugar, and then steamed for up to 20 hours! The long steaming time is said to help caramelise the white sugar, thus making the final product the brown shade as we known it. Few people in this day and age will have the patience for such a longdrawn process. A shortcut is to use glutinous rice flour and coconut sugar, which has an inherent caramel taste, not to mention intact minerals due to being less refined. I steamed it only for 2 hours, and I should think it was sufficient.

Fresh from the steamer, the nian gao will appear very wet on the surface. At this stage, it will be very sticky and gooey inside, and difficult to slice. For best texture, leave to cool to room temperature, then cover the surface with wrap. Set side at room temperature for 2-3 days to reduce the moisture content, then store in the refrigerator for long-term storage. This makes it easier to slice, and the nian gao will take on a firm exterior with a chewy, soft interior. 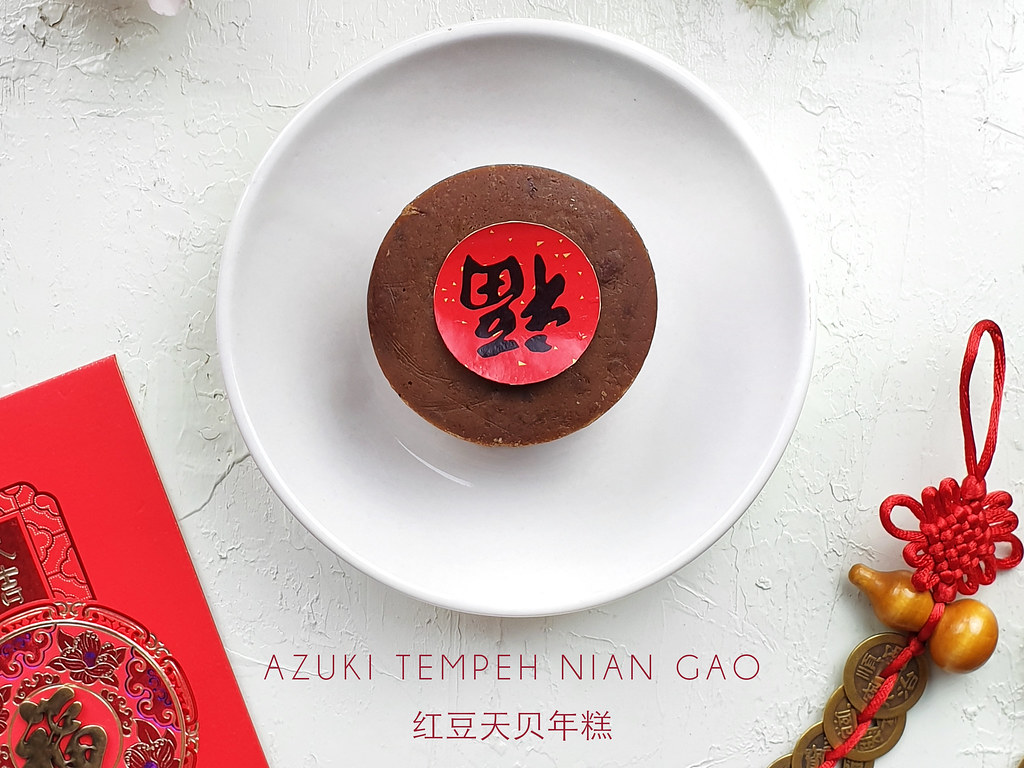