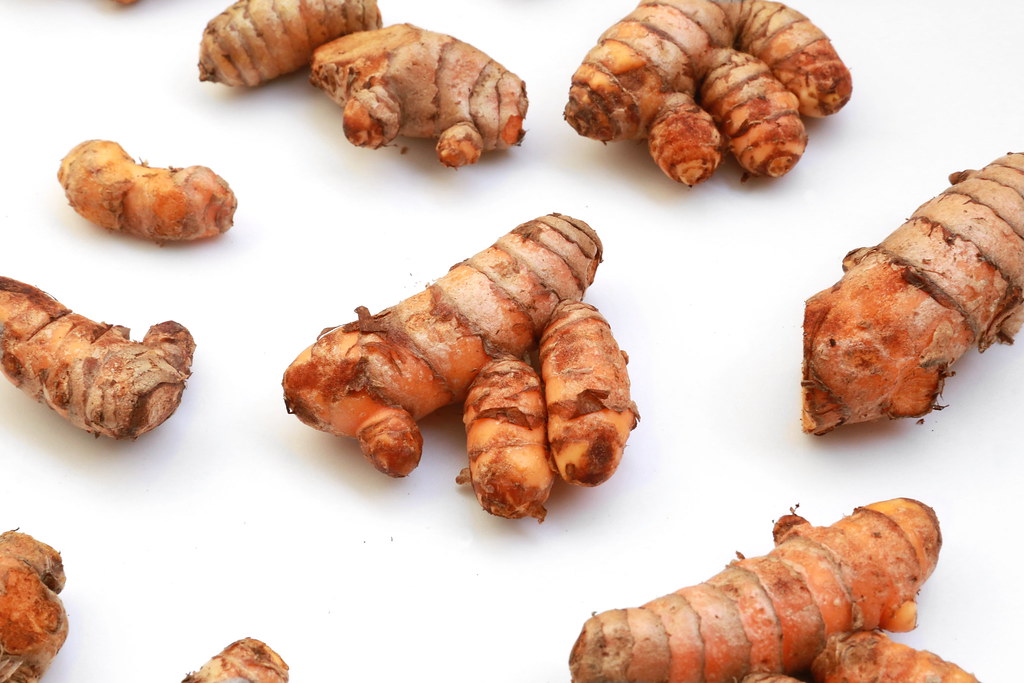 Turmeric root (Curcuma Longa or Haldi) has been knighted the “Golden Spice of Life” after its many natural healing properties. Turmeric is native to India and is now found throughout the tropics. In Singapore, you can find turmeric roots at most supermarkets. At wet markets such as Tekka and Geylang Serai, tumeric is sold loose and so you can choose the best of the lot.

This traditional curry spice has reached superstar status. Turmeric’s active ingredient, curcumin (a vivid yellow carotenoid), has potent anti-inflammatory and antioxidant activity. Since most diseases appear to be induced by inflammatory response, turmeric is potentially good for a huge range of illnessnes, most commonly arthritis, certain cancers, diabetes, gastrointestinal problems, colds and fever and external wounds. Other beneficial properties of turmeric include improving circulation, digestion and detoxification. These effects build up over time with regular use at small doses. The leaves (daun kunyit in Malay) are used in India and southeast Asia to flavour curries or to wrap up food to form parcels.

On its own, the medicinal properties of turmeric are not bioeffective to rapid metabolism. One proven way to enhance the bioavailability of curcumin in turmeric is to consume together with a pinch (1-2 percent) of black pepper. Piperine in black pepper boosts the absorption by 2,000 percent. Heat also improves its bioavailability. As curcumin is fat-soluble, turmeric is best taken with a healthy fat such as coconut milk (in tea).

« Back to Glossary Index