You’ve got to give this Killer Masala Chai a chai (pun intended). It combines pau d’arco with classic masala spices, imbuing powerful carminative, digestive and anti-parasitic actions in a warming creamy black tea that puts the “treat” in treatment! 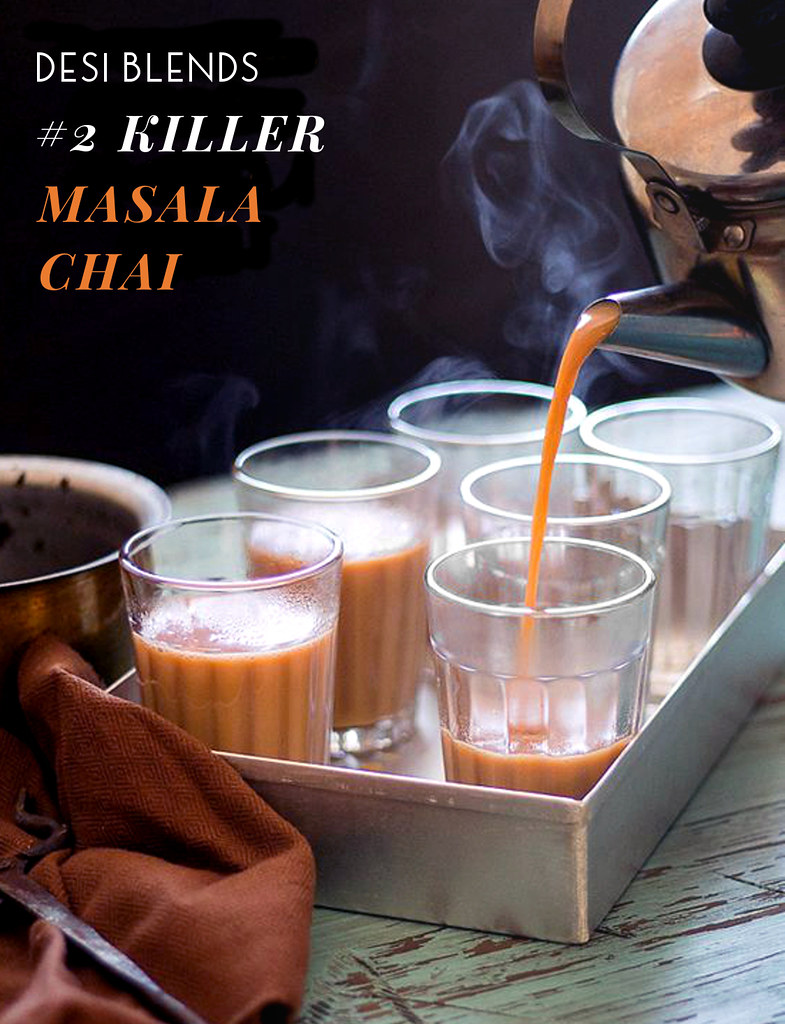 Next to water, chai is the most consumed beverage in India. It is a performance of its own kind to see the multifarious chai wallahs  dotting the streets of India pull tea from a height repeatedly and then into clay cups called kullads. Masala chai fuses traditional Indian spices with black tea, milk and sugar, a concoction which was popularised in India by the British in the nineteenth century during the colonial era. 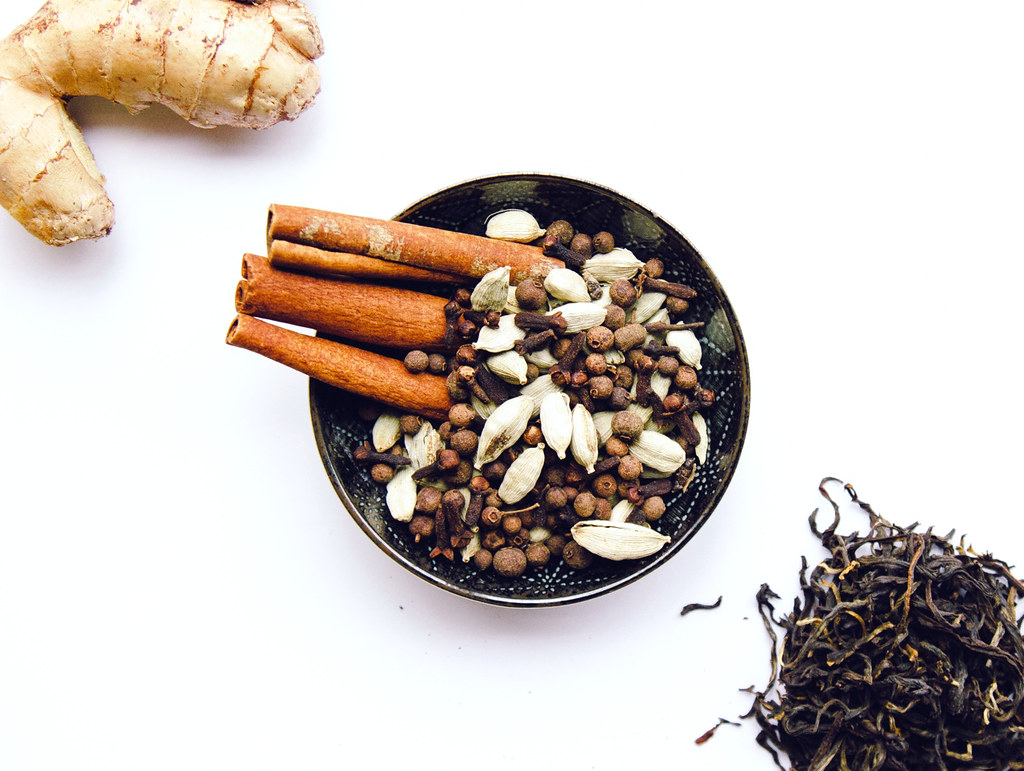 Each region and household has its own unique recipe for masala chai, but the foundational five spices are ginger, cardamom, cinnamon, cloves and black pepper. Variants may include black cardamom, fennel, nutmeg, saffron or even mint in summer for a refreshing twist to the warming drink. The spices aforementioned fall into the herbal category of aromatic carminatives which are great for digestion. With knowledge from traditional and modern medicine, we can further slip in medicinal herbs for specific tonic support, for example adaptogenic immune herbs or relaxing nervine herbs. Pau d’arco elevates the anti-parasitic potency in this version.

Ginger is a star antiviral, antibacterial, antiparasitic and anti-inflammatory. It acts as a catalyst in herbal formulas by dilating blood vessels and enhancing circulation. Ginger’s pungency inhibits arachidonic acid – the culprit of inflammation.

Cardamom is a member of the ginger family and likewise possesses warming and drying qualities. It has powerful carminative and antispasmodic properties and intense flavour, so best used in small doses. It is useful for gas, gripe, gastric upset, bloating, nausea, lack of appetite and headache from indigestion. Ayurvedic medicine recognises green cardamom as tridoshic (good for balancing all three doshas).

Cinnamon is antiviral, antibacterial, antifungal, anti-inflammatory and hypoglycemic. It is subtly sweet and warming in nature. Cinnamon has been extensively studied with regards to blood sugar and diabetes – it can help improve insulin sensitivity and regulate blood glucose levels.

Cloves are antiparasitic, anti-inflammatory and analgesic. Since ancient times, the Chinese use cloves as a remedy for toothache and for fresh pleasant breath. Eugenol, the main active ingredient of clove, is one of the most powerful germicidal agent in the herbal kingdom. It is eugenol that  kills all microscopic protozoa and removes parasite eggs in every stage of development by dissolving the hard casing around parasites’ eggs.

Fennel (“little hay”) is another great carminative and anti-nauseant. Along with anise and dill, fennel is a standard feature in gripe water formulas to ease colic in infants. In Ayurvedic medicine, fennel is said to enhance agni without aggravating pitta; a tridoshic herb (like cardamom) that is neither too cooling or heating and balances the body and mind. Anise seeds (not star anise) can be substituted for fennel most of the time.

Black Pepper is antimicrobial and a catalyst in herbal formulas.

Pau D’arco (taheebo/lapacho) is a large evergreen tree that grows in Central and South America and is the national tree of Paraguay. The tree’s inner bark holds medicinal properties and  has a long history of use in tribal folk medicine. It has been shown to have microbicidal, anti-inflammatory, antiproliferative and expectorant properties and has beneficial effects for the immune system, cancer and candida patients. The active ingredients of pau d’arco are identified as lapachol (belonging to naphthoquinones, a class of compounds in the vitamin K group that are also found in green, leafy vegetables) and a number of antioxidants, including quercetin. It is usually prepared as a tea or tincture which has a slight bitter or sour taste.

Below I have provided recipes for making Killer Masala Chai from whole herbs and dried powders.

Of all the tea types, Assam holds the reputation for making the best chai. Grown in the mountainous region of Assam, northeast India, it boasts an assertive and malty flavour that is able to stand up to and compliments the heavy spices and milk. When available, use CTC (crush-tear-curl) black tea leaves – these are tea leaves that are quick-extracted and processed into small pellets; when brewed they release intense flavour.

In regular chai, full-cream dairy milk is usually favoured for richness. After several trials, my vote lies with a 50-50 almond-coconut mylk blend, which gives a perfect mix of nuttiness and fattiness. Using all almond mylk tends to produce a thinner chai, while using all coconut mylk tends to make an overly rich chai, plus the coconut taste is overpowering. Add as much almond-coconut mylk to your desired creaminess. You can even blend the brewed chai with almond-coconut butter instead of mylk; I like the latter method because nut butters have a longer shelf-life than prepared mylks, plus it can double-up as a spread.

There are a couple methods to make chai. Some decoct the spices first, then add in the tea and milk at a later stage, while others simmer the tea leaves, milk and spices together. My preferred method is the former for more control over each ingredient category at each stage. Especially in the below recipe for Killer Chai, pau d’arco benefits from longer boiling. I would decoct the spices in water for 20 minutes to give a potent brew, then add in Assam tea leaves and steep on low heat for another 5-7 minutes. Finally, the almond-coconut mylk or butter goes in, adding just enough to desired creaminess. Add a sweetener if desired; I like mine unsweetened. 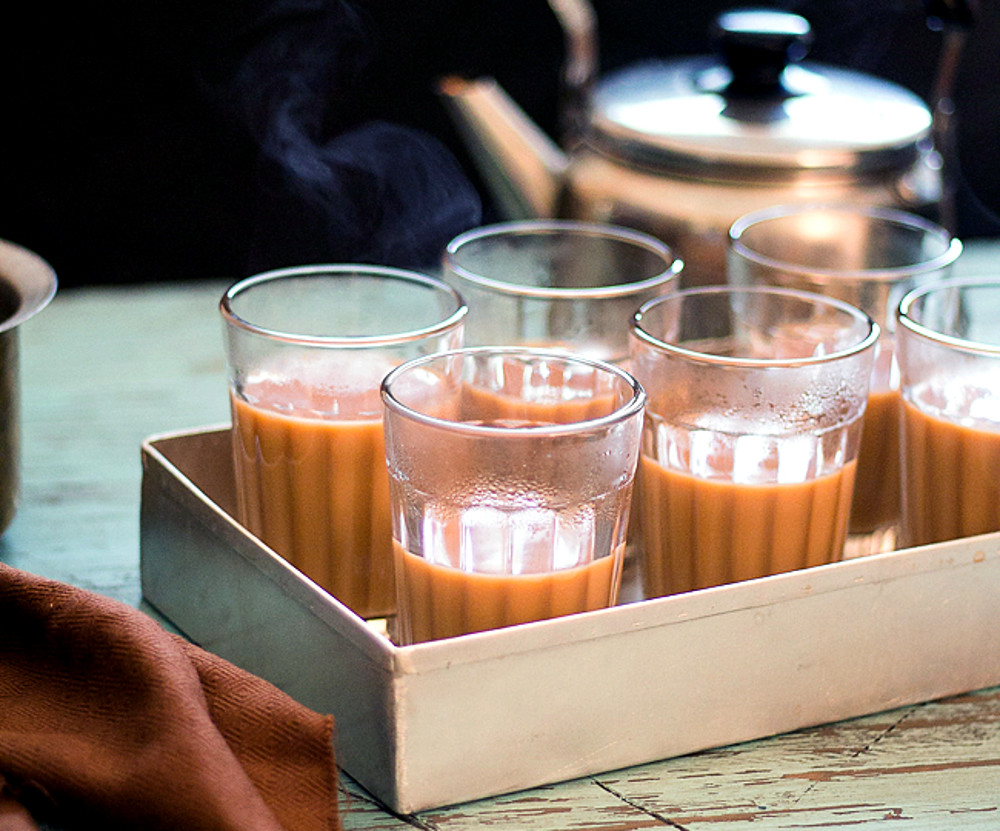 [April Mix Box Menu] Although we hop into April in

It's business as usual here at @straitsrawkitchen.

It seems insensitive to write about anything but c

Happy Sunday 🌼 it brings great joy to make and