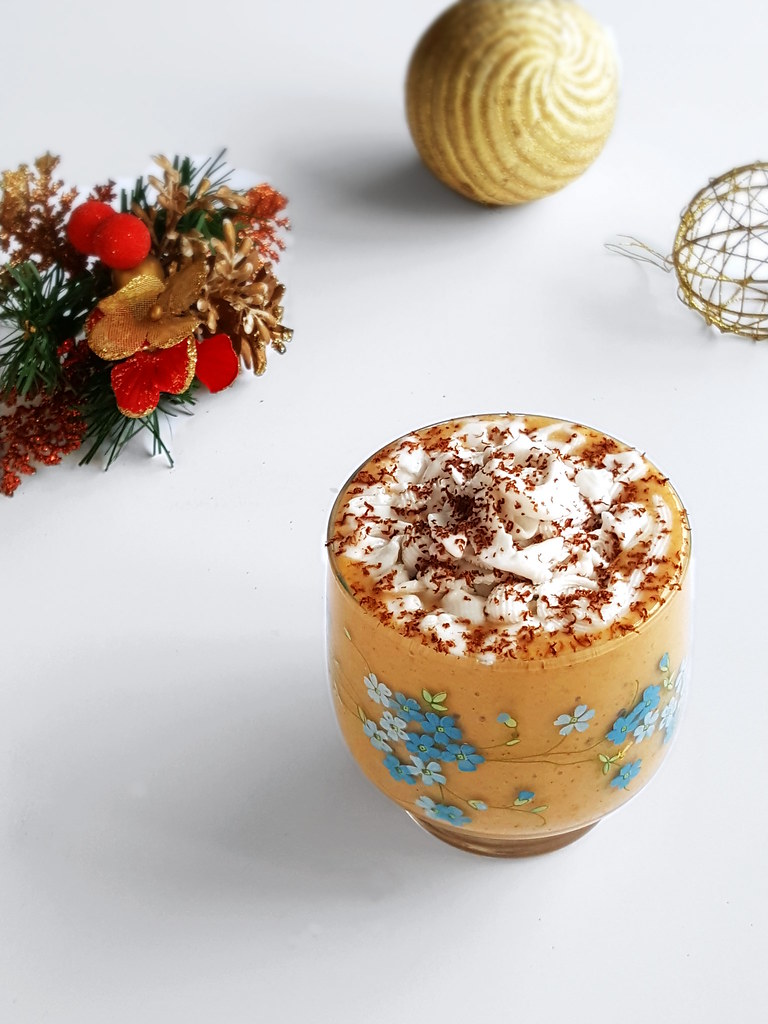 De- and Re-constructing the Nog

Traditionally, eggnog is made from milk, cream, sugar, eggs, bourbon or rum and spiced with nutmeg. In particular, the eggs are separated – beaten egg whites are folded into the creamed mixture which gives the nog an aerated, frothy texture. I never had real eggnog except for Silk’s soy-based nog, which I found on the verge of being sickly sweet. To create a better vegan nog, we just have to find substitutes for each ingredient.

I prefer my nog to be alcohol-free, but you may add alcohol if you like.

Lucuma (loo-ku-ma), lauded “Gold of the Incas,” is a fruit native to the highlands of Peru and Chile. With a rough green skin it looks like an avocado from the outside, but its interior is a creamy golden flesh that resembles a cooked egg yolk. For that is has earned its nickname eggfruit. The flavour of lucuma is a mellow maple-vanilla, like caramel mixed with sweet potato. Lucuma powder is now readily available online and in speciality stores. It can be used as a low-glycemic natural sweetener. Among its nutritional attributes, lucuma is high in iron, dietary fibre, beta carotene and vitamin B3 (niacin), which supports nervous system, gastrointestinal and circulatory function. Don’t you think the eggfruit is naturally meant for the plantbased version of eggnog? They even share the same prefix!

Dairy-free vegan nog or latte that'll get you snoggin' - made with eggfruit (lucuma), coconut and whipped aquafaba.

To prepare strong-brewed dandelion coffee
Use 2 tsp roasted dandelion and/or chicory root per one cup water. Simmer for 5 minutes, let steep for 10 minutes, then strain. Proceed with recipe.