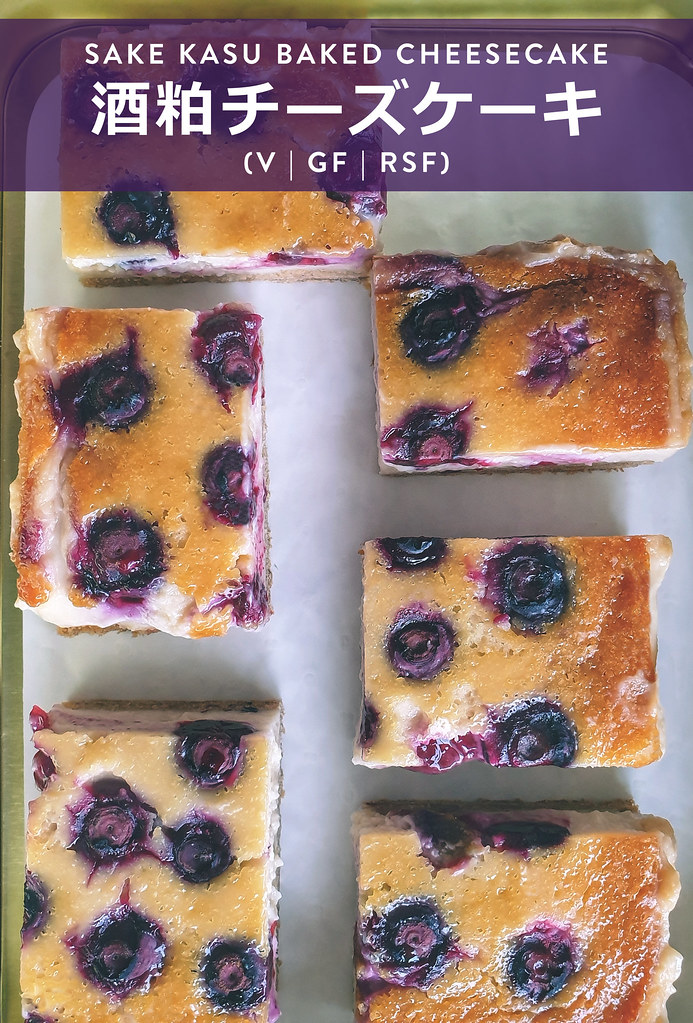 I learnt about the magic of sake kasu during my trip to Japan earlier this year. It is the byproduct of sake filtration, and bears the same sweet wine-like taste and aroma as sake. It can be used in both sweet and savoury dishes, like in this recipe for Miso Soymilk Paitan Rawmen. Today I will feature it in a dessert – baked cheesecake.

As I have no experience with sake kasu desserts, I searched online for ideas and came across one by Peaceful Cuisine. I tried it two times and on the second round, I adapted it to my preferences. The changes I made were to substitute cane sugar with maple syrup, reduced the amount of sweetener and coconut oil, and added kudzu starch (an unprocessed starch-based thickener similar to corn starch) because the first time I made it, the cake was too liquid. I also changed the crust from an oat-based one to a coconut shortbread.

If you are looking for a change from the usual raw cashew cheesecake, this baked one will not disappoint. It is filled with the inexplicable aroma and fermented sweetness of sake balanced with tart lemon. With lesser nuts and oil, it is also much lighter on the digestion. Sake kasu may be a difficult ingredient to hunt down. You can try Japanese specialty stores or go direct to sake breweries. In Singapore, the online store Zairyo imports it from Japan. I bought mine from Japan as a souvenir and love using it now and then.

This recipe uses soy milk, which is naturally high in protein. When soy protein meets acidic lemon juice, it curdles to form tofu-like product that sets the cake, in combination with the other starches and almonds. For a soy-free version, you could replace the soy milk with full-fat coconut milk, but you would also have to add a protein agent such as protein powder to achieve the right consistency. 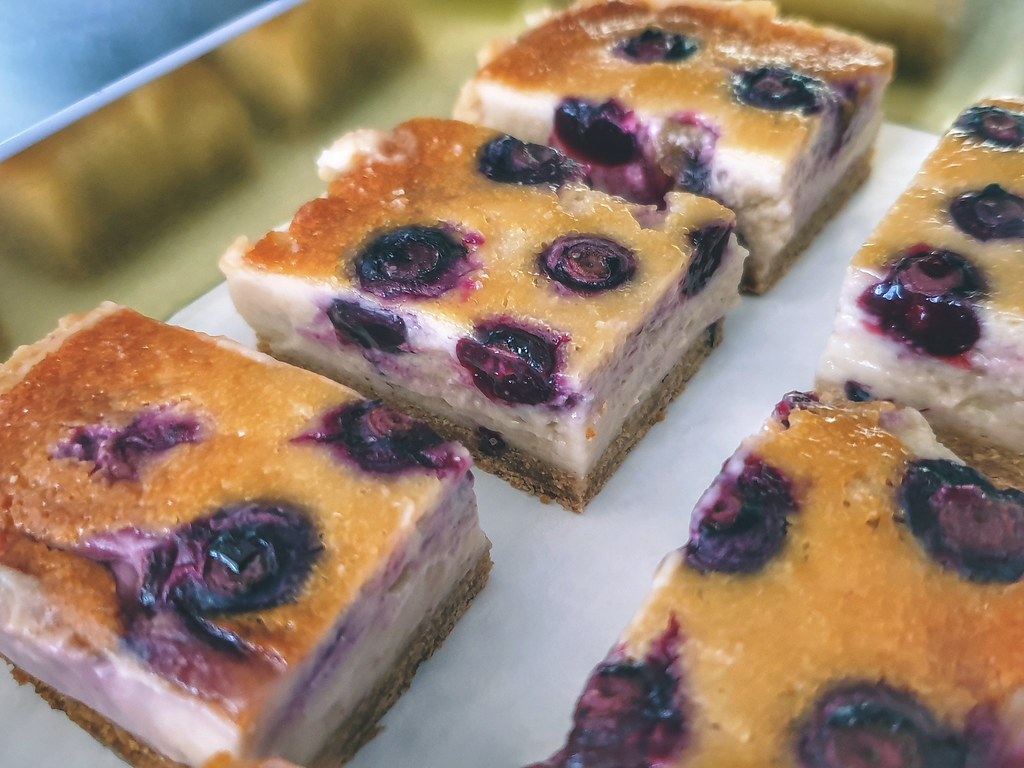 Baked vegan gluten-free cheesecake filled with the inexplicable aroma and fermented sweetness of sake balanced with tart lemon. Try it for a change from the raw cashew cheesecake.

I added soaked cashews which gave a firmer consistency.