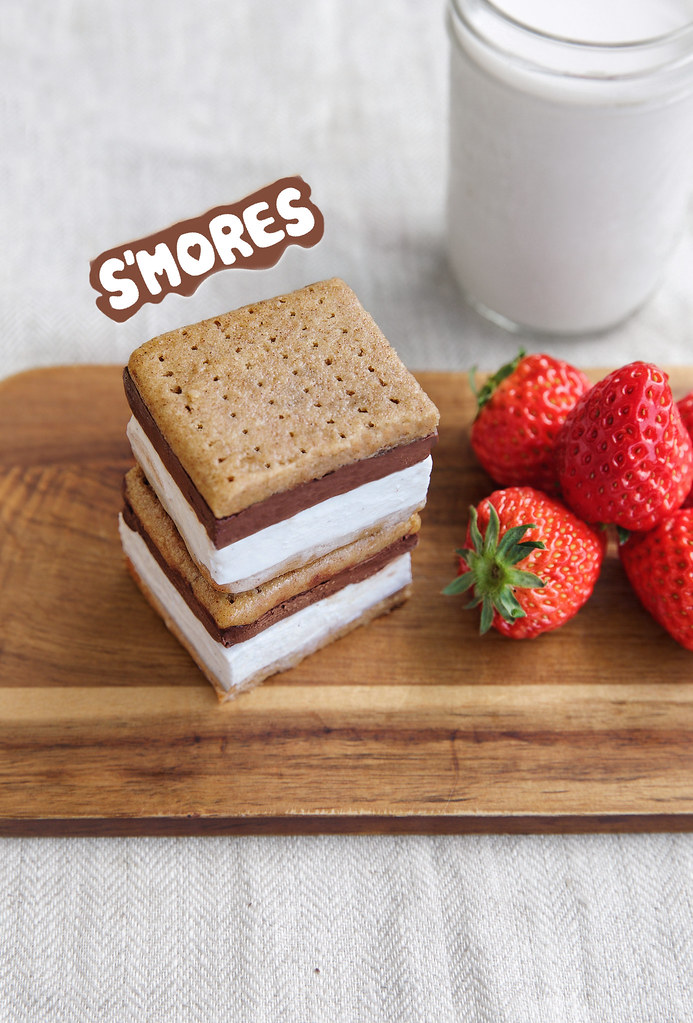 S’mores slice made with healthy ingredients and modernist foam techniques. Vegan, gluten and grain-free, paleo-friendly. There are three parts to S’mores slice: 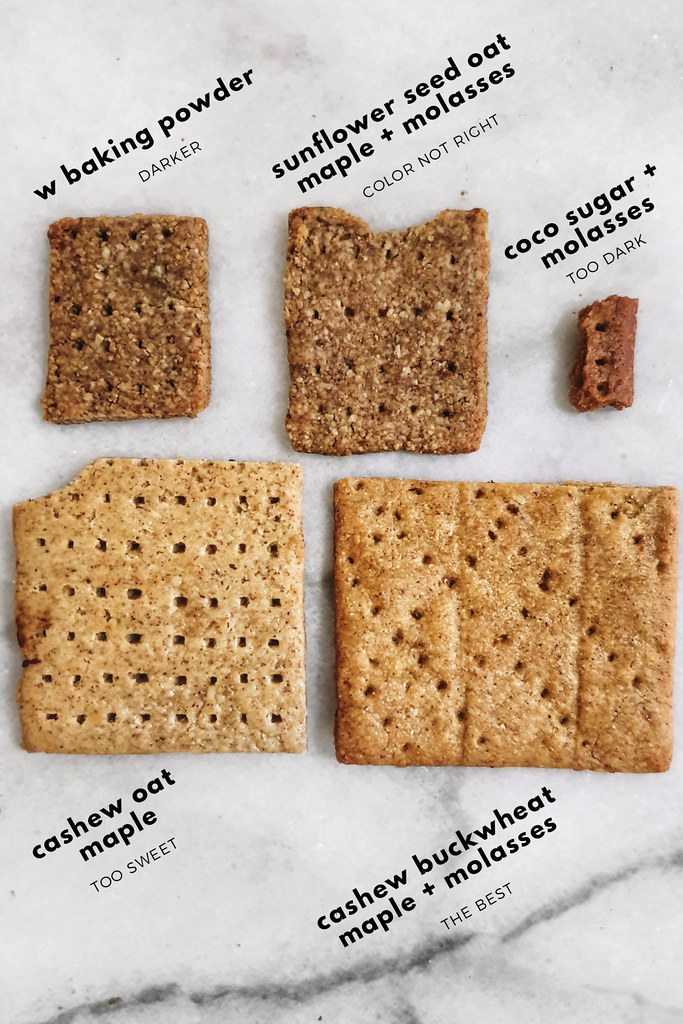 Different versions of vegan graham crackers. The cashew buckwheat version was the best in terms of colour and taste.

Graham crackers get their name from Reverend Sylvester Graham, a Presbytarian minister who developed the digestive biscuits in 1829 made with a combination of whole wheat flour and white flour (now known as a graham flour) to suppress what he considered was “unhealthy urges.” The primary ingredients of any cracker, vegan or not, is starch (flour), fat, and sugar.

For the flour component, I started out with a combination of ground cashews and oat flour. Cashews are not a starch, but they have the highest carbohydrate and sugar content among nuts and seeds, and are the closest choice as a wheat flour replacement. However I found the combination of cashews and oats a little too sweet (both have a milky taste), and in combination with the maple and molasses syrups, too overpowering. I then tested two more versions – sunflower seeds + oats; and cashews + buckwheat. The colour of sunflower seeds and oats crackers were dull and gray, a drawback for its appearance. The cashew and buckwheat crackers fared much butter, a golden brown just like the original graham crackers, with a balanced taste of sweet cashews and earthy buckwheat.

Fat is required to “shorten” the batter. In gluten-containing products, fats inhibit the formation of gluten, or “shorten” the gluten network, to produce a softer, crumbly and tender texture (think shortbread biscuits). However since we are developing a gluten-free cracker, and since cashews are already naturally high in fat, we only need a small amount of added oil in this recipe – just one tablespoon of coconut oil is suffice.

Graham crackers have a slightly sweet flavor, with sugar, molasses or honey being the source of sugar. Cinnamon is sometimes added for a warm flavour. In my version, I tested various kinds of sugar in different combinations – maple syrup, coconut sugar and fancy molasses. The latter two are dark in colour, so you want to keep the amount low to avoid the cracker looking too dark. I found the best combination to be maple syrup and molasses, with molasses adding a hint of malt.

My final graham cracker is cashew and buckwheat based, sweetened with maple syrup and molasses, a bit of coconut oil, and spiced with cinnamon and vanilla. You can dehydrate or bake it; baking it will be more crunchy. 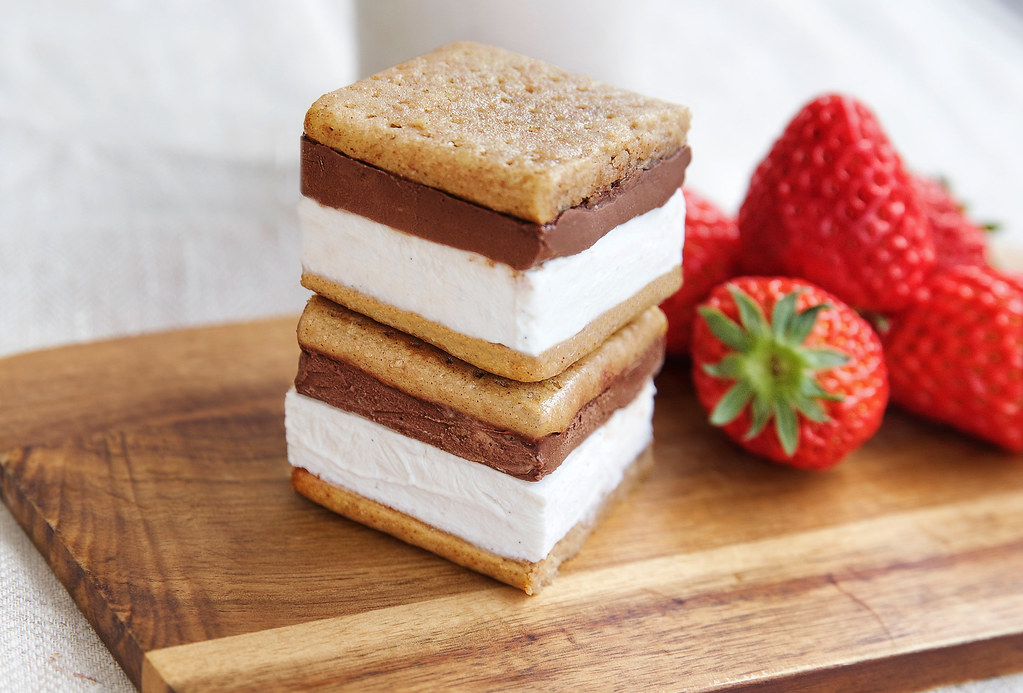 I have written on the chemistry of marshmallow in this post. I used aquafaba previously. This time I am trying out agar-stabilised coconut foam. I will cover the technique in the recipe card.

The coconut marshmallow did not come out as good as those made from aquafaba – it was more dense and unctuous (fatty and kind of slimy), less air pockets, kind of like melted marshmallows. This is why I’m calling it marshmallow fluff. I you are looking for actual spongy vegan marshmallows, I highly recommend the aquafaba version instead.

Raw chocolate ganache is made with just two ingredients – equal parts melted chocolate and coconut milk. Make sure your coconut milk is at room temperature or warmed, to prevent the chocolate from clumping when stirring it in.

Now you can enjoy healthy s’mores any time with this S’mores Slice tucked away in your freezer.

Optional Steps for Even Fluffier Texture