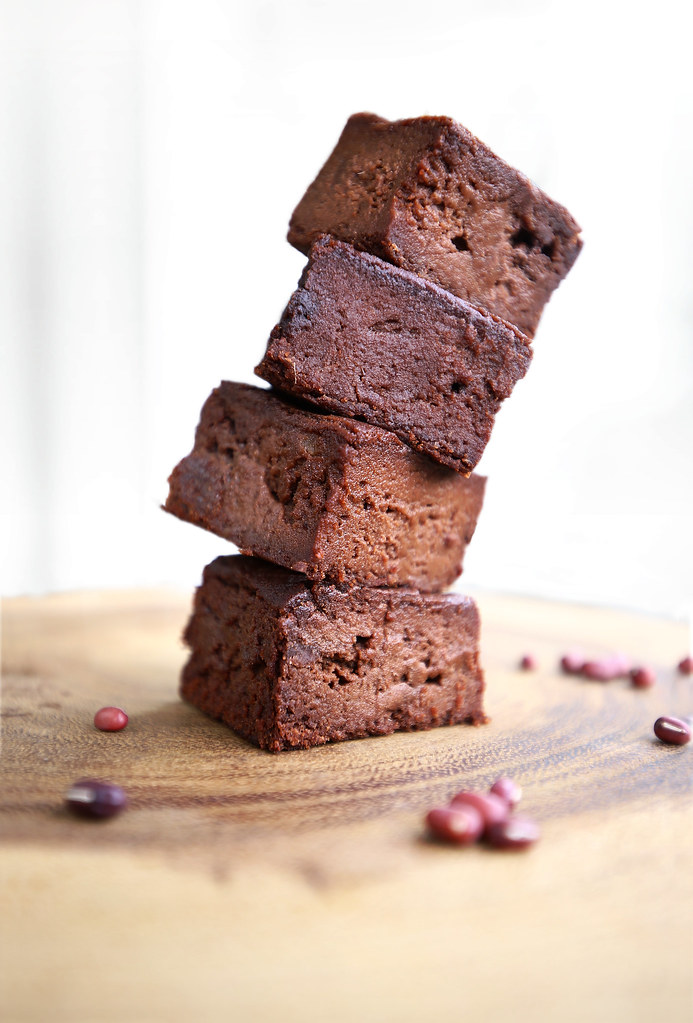 The adzuki bean, also known as the small red bean, originated in China and is a common feature in the cuisine of East Asian countries such as China, Japan and Korea. Although they are sometimes simply referred to as red beans, they should not be confused with kidney beans, which are twice the size and shaped like kidneys.

Macrobiotic cuisine considers adzuki beans to be the most warming (yang) of all beans – good for imparting strength and helping people to keep warm in cool weather. In Traditional Chinese Medicine philosophy, adzuki beans are said to support kidney, bladder and reproductive functions. In Ayurvedic philosophy, legumes including adzuki beans tend to have a sweet and astringent taste (rasa). Legumes, with the exception of mung beans, are not traditionally part of a yogic diet as they are considered rajasic; they stimulate the body, mind and senses. Nevertheless, legumes like adzuki beans can have a use in the diet, for example, to break up stagnant energy. Most legumes have a pungent post-digestive effect (vipaka).

How to Cook Adzuki Beans and Make Red Bean Paste

From a culinary standpoint, the adzuki bean is considered among the easiest to digest and they cook faster than most beans (approximately 1-1 1/2 hours). They do not require pre-soaking, although there is no harm in doing so. For creamy, evenly cooked beans, the trick is to cook them under a steady, gentle heat, and never a full boil. It is also important to throw off the first batch of cooking water to remove any mustiness and give a clean flavour at the end. You could also add a small piece of kombu to tenderise the beans and impart minerals. I have not tried this and so cannot conclude whether it affects the flavour of the cooked beans. So far I cooked the adzuki beans with the intention of using them in desserts, so I left out the kombu.

Red bean paste can be left chunky and textured, or pressed through a screen to get a smooth paste. Once the beans are cooked until tender, you add a sweetener (and optionally, oil), and reduce the mixture to a thick, glossy consistency.

How to use red bean paste

As mentioned earlier, adzuki beans are traditionally used in China, Japan and Korean cuisine, which I will elucidate below.

I borrowed the idea of adzuki bean brownies from black bean brownies. I wanted to keep the recipe minimal and have a clean chocolate taste, so the only binder in this brownie is adzuki beans, and a bit of almond butter. The other ingredients you will need are straightforward – cacao powder, cacao butter (for the chocolate flavour), vanilla, salt and baking powder. Once you have prepared the red bean paste (you can make a large batch and store in the freezer), getting your brownie batter together is a one-bowl breeze.

A trick I learnt from making medu vada (urad dal donuts), and which be applied to making all baked bean-based products, is to whip the bean batter very vigorously to make it light and fluffy. Bean-based products can be very dense especially when made as a paste, so it definitely helps to incorporate as much air as you can into the batter, in addition to the help of baking powder.

I tested this recipe three times. The first is a non-baked brownie which turned out like frozen fudge or chocolate potong ice cream. The second time I baked a batter that was sweetened with coconut sugar. It came out almost like a classic brownie with a crackly top and caramelised sugar mixed with cacao. However it veered on being too crumbly. The third time I baked a batter that was sweetened with dates. It came out chewy and fudgey, almost way too fudgey, and I missed the crisp exterior of the former. Perhaps a balance would be achieved if using half each of the two types of sweeteners, but I have yet to try this out. 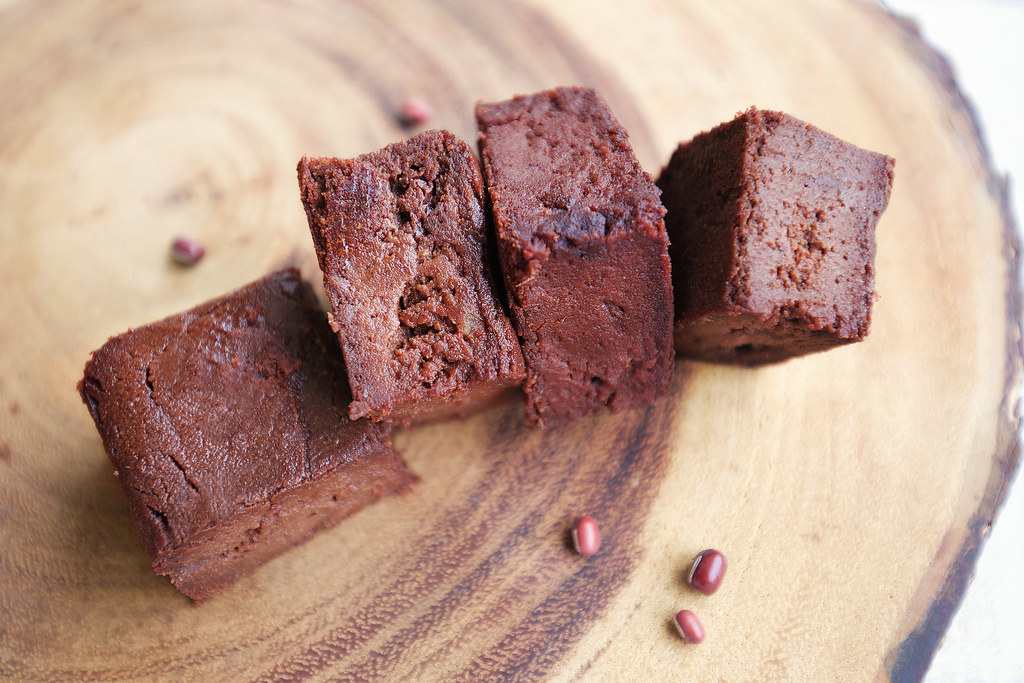 For more delicious brownie recipes, check out my:

How to make adzuki "red bean" paste with the Japanese and Chinese methods. Japanese red bean paste (anko) is made with adzuki beans and sugar only, and can be textured (tsubuan) or smooth (koshian). Chinese red bean paste is almost always smooth and contains additional oil. The recipe below provides healthier options for the sweetener and oil.

How the choice of sweetener affects the brownie's texture
Dates give chewy, fudgy brownies, while coconut sugar (dry sugar) gives crispy, crackly brownies. Depending on what type of brownie person you are, use dates or sugar accordingly.