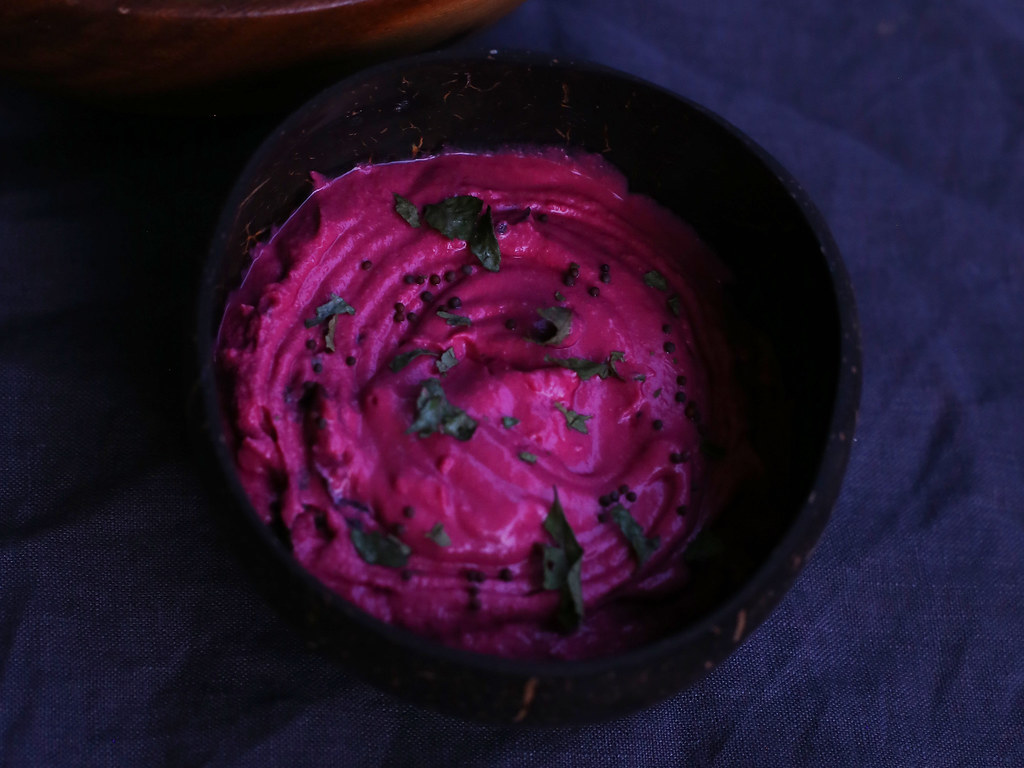 This year’s summer is a scorching, sweltering, steaming summergeddon. We all want to take respite in cooling foods. Ayurveda instructs a pitta-pacifying diet for summer. This means that we should emphasise sweet, bitter and astringent tastes, and light foods with high water content. Sweet taste has a cooling post-digestive effect (vipaka) and balances strong digestive fire (agni); bitter taste cools the body, and astringent taste tones the tissues. Melons, curcubits, coconut, curd (yogurt), light proteins such as mung beans and light grains such as barley and quinoa, and cooling spices are recommended.

This vegan beetroot pachadi or South-Indian raita is an example of an easy pitta-pacifying summer dish. Beetroot and coconut gives the sweet taste, spices such as mustard seeds and green chilli the bitter taste, and yogurt the astringent taste. I swapped the classic cumin seeds with fennel seeds, which has a more cooling potency (virya). This pachadi is excellent as a sauce for zucchini or cucumber noodles, biryani, and can even make an instant “curd rice” when paired with leftover rice or barley.

You ask, what is the difference between pachadi and raita? Both are yogurt-based dressings and can contain varying ingredients from cucumber, root vegetables, fruits to onions. Pachadi is the South Indian term for raita and includes a coconut masala paste to thicken the yogurt. In contrast, the North Indian raita uses plain yogurt only, without coconut. The word raita in Hindi and Urdu is a derivative of the Sanskrit word rajika, meaning black mustard, and tiktaka, meaning sharp or pungent. 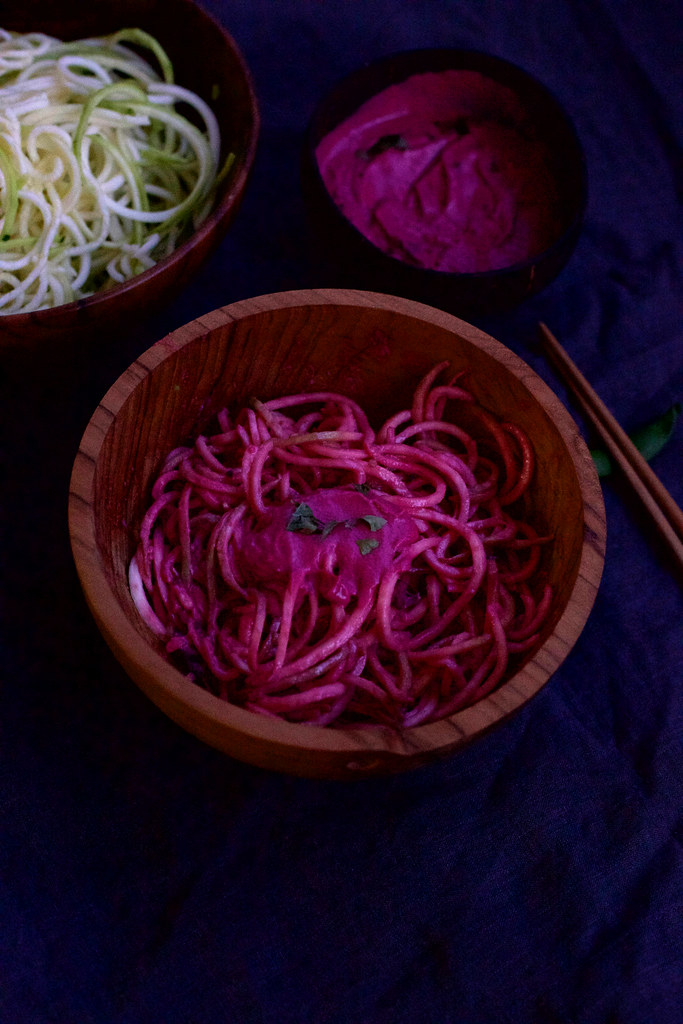 Vegan beetroot pachadi or South-Indian raita is an easy pitta-pacifying dish. Beetroot and coconut give the sweet taste, spices such as mustard seeds and green chilli the bitter taste, and yogurt the astringent taste. Fennel seeds has a cooling potency (virya), which is used in place of cumin.

Lazy Beetroot Dip
For a quick version without the hassle of grating beetroot, you can use whole steamed beetroots or beetroot juice and blend with all the other ingredients except those for the tempering. Then, proceed to season the beetroot dip with the tadka. The texture is a dip, and not like traditional pachadi, but just as delicious.