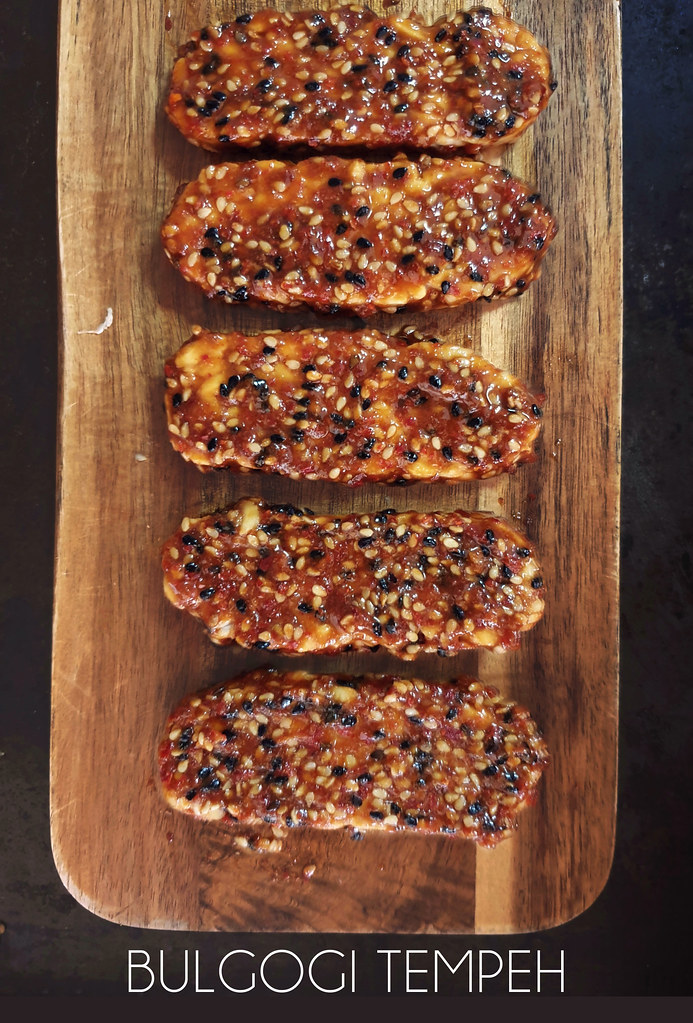 The South Korean spice palette is largely based on the four stalwarts of soy sauce (tamari), sesame, garlic, and chilli, culminating in a salty, pungent, nutty and slightly sweet profile. The pungency of chillies, garlic, and often ginger is balanced by the rich, toasty flavours of sesame, or mellowed through fermentation in dishes such as kimchi.

Besides kimchi, another popular Korean dish is called bulgogi, literally translated as fire meat. This dish of barbecued protein is on the menu of almost every Korean restaurant. But unlike kimchi which is straight up pungent, the seasoning for bulgogi mellows heat with sweet. It is a soy sauce based marinade with a deep flavuor base of onion and sesame with hints of garlic and ginger, alongside a bit of spicy kick and acid from Korean chilli gochugaru and a sweet touch of malty brown (coconut) sugar. are based on one of the 4 ingredients: soy sauce, doenjang (soybean paste), gochujang, and gochugaru. Often it is a mixture of one or more of these but usually one ingredient takes center stage.

As the traditional use of bulgogi marinade is to tenderise meat, it often contains a fruit juice or grated fruit – Asian pear, apple, or even pineapple or kiwi – that acts as a tenderiser and also adds sweetness.

In my version of Bulgogi marinade, I decided to make an apple juice and onion reduction, because I don’t like strips of onion floating around in my marinade. Once the reduction is prepared, the other ingredients (tamari, coconut sugar, garlic, ginger, sesame oil) are whisked in to create a vinaigrette.

You can use the Bulgogi marinade directly to season your protein of choice (e.g. tempeh, tofu) or mushrooms, or for a more substantial marinade with more body, stir in some tahini and sesame seeds for texture. When grilled or roasted, the sugars caramelise, which results in the unique smoky unforgettable flavour that is Bulgogi.

Below are the recipes for the Bulgogi marinade, and Bulgogi tempeh using the marinade thickened with tahini and sesame seeds. 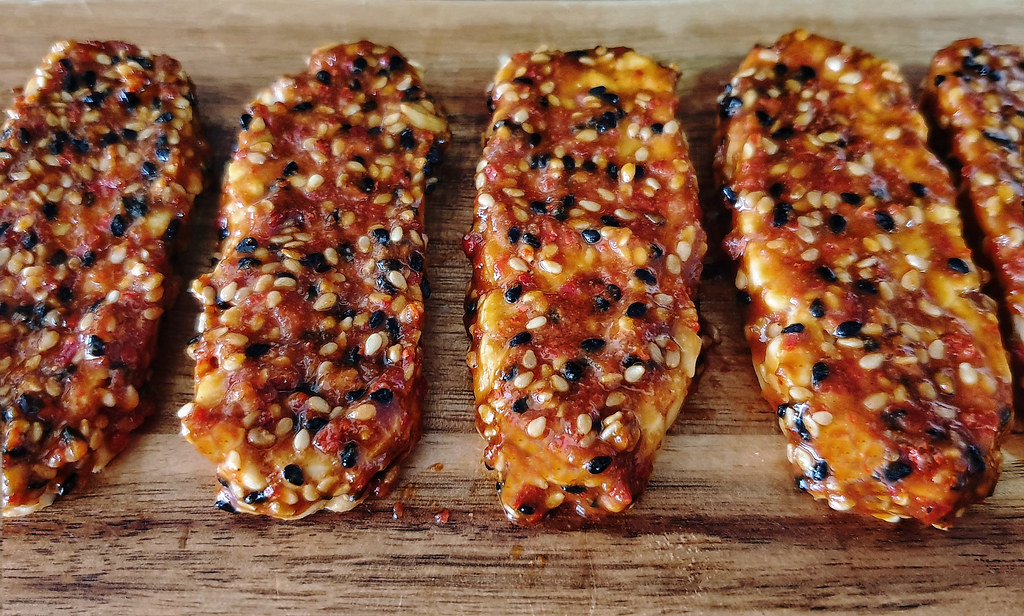 Korean bulgogi marinade - a soy sauce based marinade that mellows spice, savoury, sweet, and toasty. Use it to season protein of choice such as tempeh, tofu, or mushrooms.