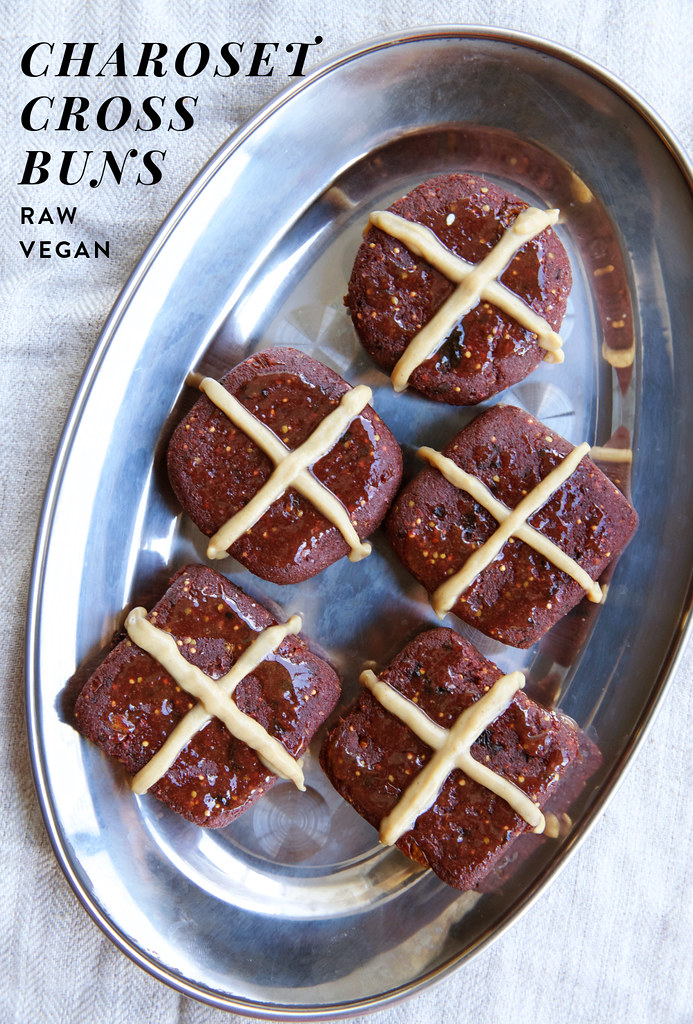 Enter April, all things carrot, hot cross and cinnamon spice seem to spring into life. Since Passover and Easter tend to coincide, I wanted to combine two of the classic confections of both religions, namely charoset (Sephardic style) and hot cross bun respectively, into one delicious raw treat. Since this is unleavened/yeast-free, it is suitable for Passover as well! 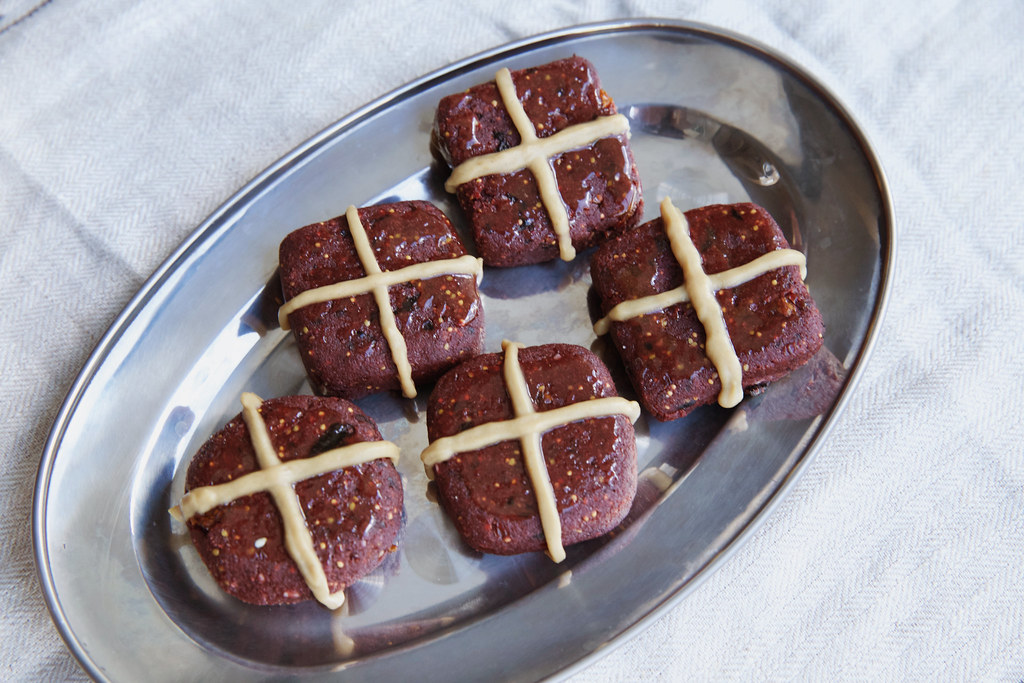 I’m stoked about the texture of this non-baked raw bread dough. It is fluffy yet toothsome, and comes fairly close to the dense hot cross buns of my childhood. The recipe is loosely adapted from Chia Sesame Dough from the Moon Juice cookbook, which is used for their raw donuts. I think the magic comes from psyllium husk and figs. I am not sure what function tocotrienols lends itself to, apart from being a superfood (vitamin E). 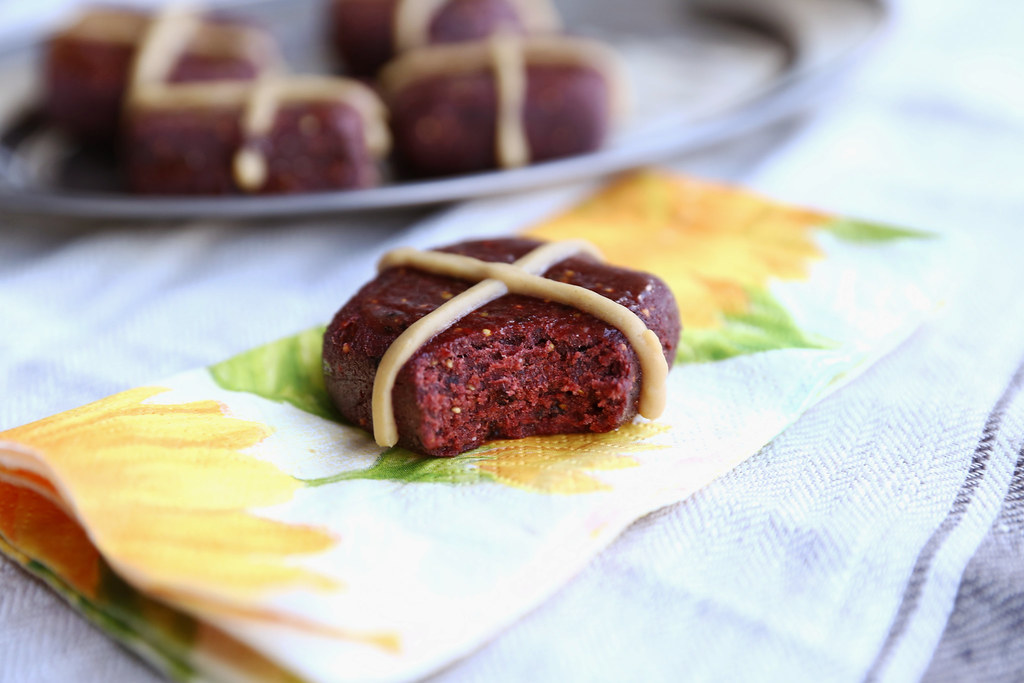 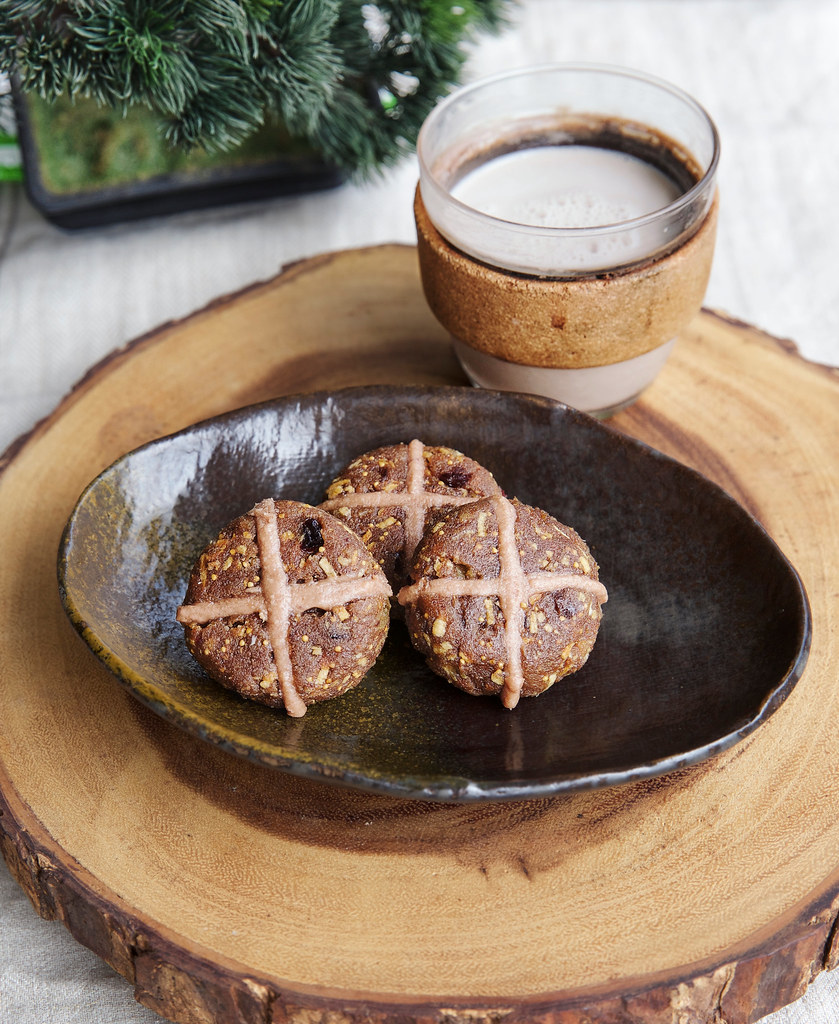 Updated recipe & image 12/03/2020 – with shredded apple and used water instead of beetroot juice for neutral colour.

Easter/Passover no-bake Charoset Hot Cross Buns, made with dried fruit, oats, tocotrienols and psyllium husk for a raw bread that "springs" into life!