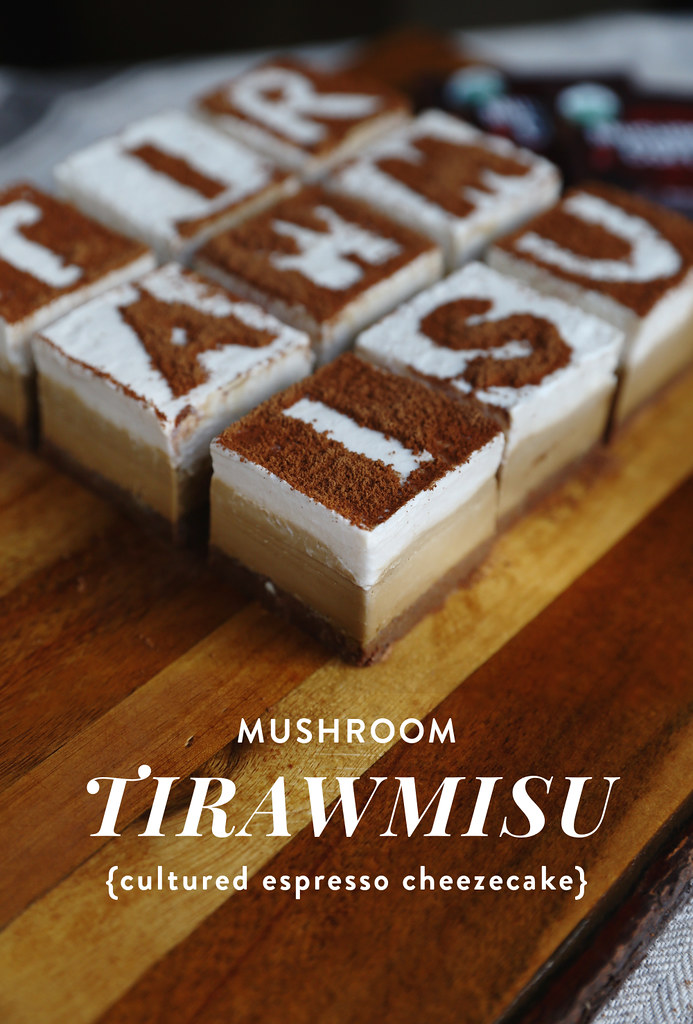 This no-bake vegan cheesecake is interesting in that it uses espresso (strong-brewed coffee) as the liquid for fermenting the cashews, an idea I came across from raw chocolatier Amy Levin. We know that coffee is acidic and lactobacilli thrives in a slightly acidic environment. Who knows, the high levels of caffeine might send the bacteria into hyperactivity and working into overdrive. Ha! Truth be told, my observation was that using espresso vs water took the same amount of time for fermentation (about 24 hours) to reach a slight sour stage. The taste and aroma of coffee was distinctly present, but not overpowering in the final “cheese.” If I wanted to be strict in my experiment, I should have done a water as a control, and another adding espresso after fermentation as a comparison to see if fermenting coffee mellows its flavour or not. But all these are for another day! 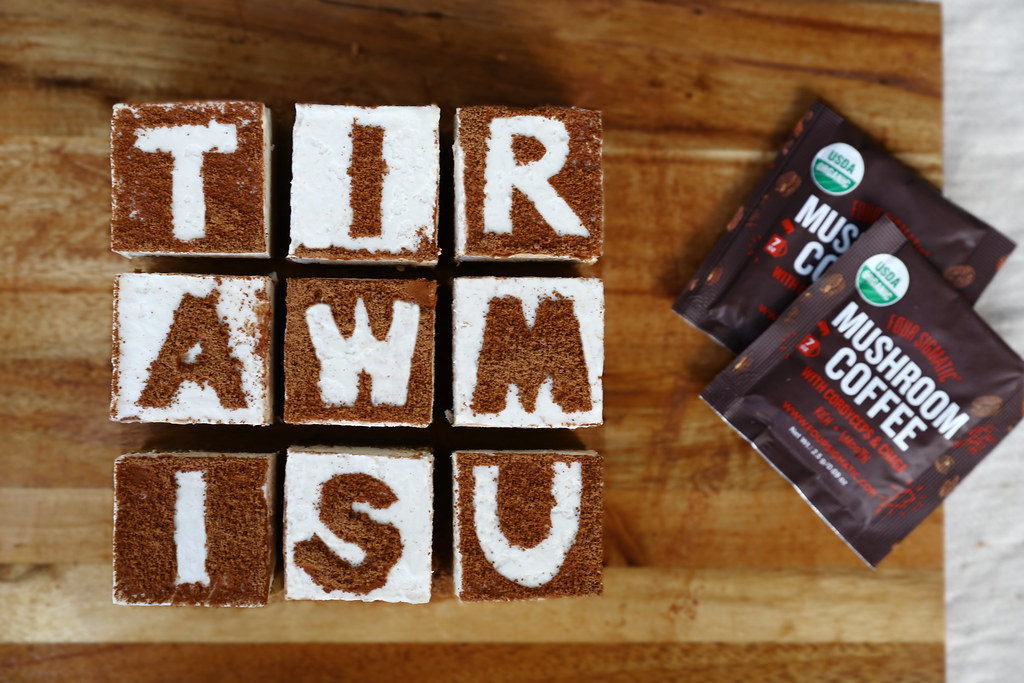 Instead of plain coffee, I used mushroom coffee from Four Sigmatic, specifically the Mushroom Coffee with Cordyceps and Chaga. Cordyceps (C. sinesis or C. militaris), also known as the caterpillar fungus, acts as a parasite and feeds off a the larvae of a variety of caterpillars. After fully infecting and devouring the host, the fungus grows a stalk or club, which releases new spores to start the cycle again. The remnant of the caterpillar and the fruiting body is collected for use. These are gently cleaned and dried, and when cooked, have a mushroom flavour. The primary active principle of cordyceps are immunostimulant polysaccharides. It is used medicinally in autoimmune diseases, and in Chinese medicine, treat deficient kidney and lung yin, yang and jing, infertility and sexual debility. Are cordyceps vegan? Wild-harvested cordyceps do contain remnants of its caterpillar host, and thus not vegan. However scientists have discovered ways to grow cordyceps mushrooms in laboratory conditions without the need for a host. Almost all cordyceps that you can buy is vegan since it is cultivated on grain media; wild-harvested cordyceps is extremely rare, expensive and currently being overharvested due to its popularity. Four Sigmatic cordyceps uses the extracted fruit body of C. militaris in their mushroom coffee. It is stated on their website that it is suitable for vegans.

Chaga is another medicinal mushroom that grows on Birch trees up in the cold climates of Russia and Siberia. It also contains immunostimulant polysaccharides and B vitamins, and used to boost immunity and fight fatigue. 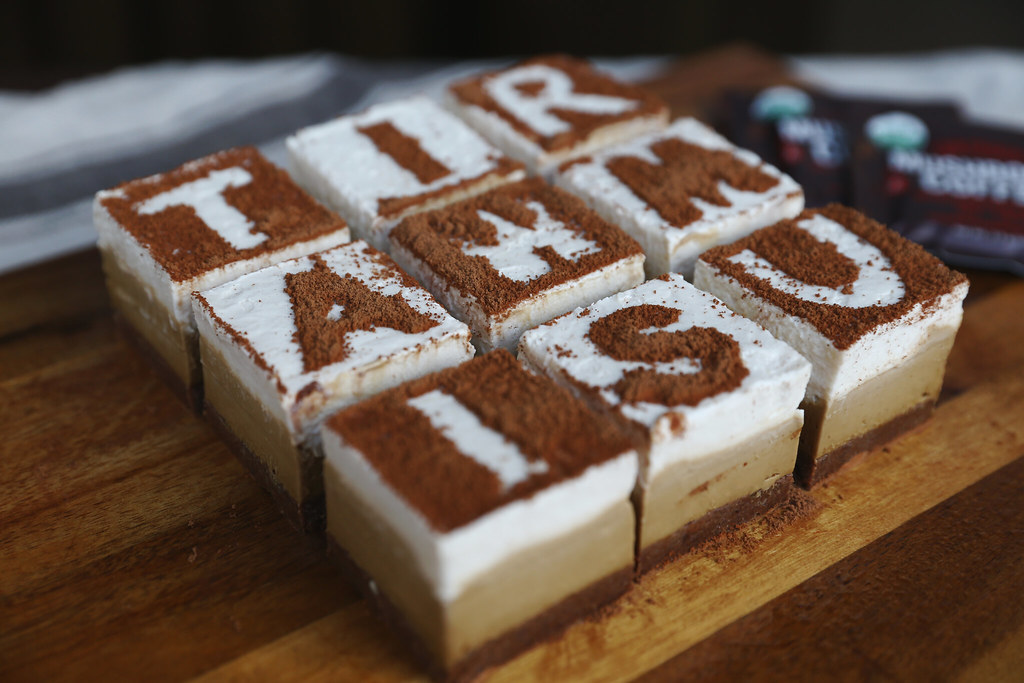 If you are sensitive to caffeine, you can consider using decaffeinated coffee or a coffee substitute like Dandy Blend instead in the following recipe.

This no-bake vegan tirawmisu uses mushroom coffee (with cordyceps and chaga) as the liquid for fermenting the cashews. A dessert that will satisfy your bittersweet tooth and keep your mind and body sharp at the same time!

In the wild, cordyceps acts as a parasitic fungus on a host (often a caterpillar), which means that the cordycep spores (C.sinensis or C. militaris) infect the host, feeds of its tissues and eventually mummifies it. The fungus will sprout from the host's head, grow to maturity, and release its spores, thus starting the cycle again.

Although it’s true of wild cordyceps, scientists have discovered ways to grow cordyceps mushrooms in laboratory conditions without the need for a host. Almost all cordyceps that you can buy is vegan since it is cultivated on a media formula, and wild-harvested cordyceps is extremely rare and expensive.

Four Sigmatic cordyceps uses the extracted fruit body of C. militaris in their mushroom coffee. It is stated on their website that it is suitable for vegans.