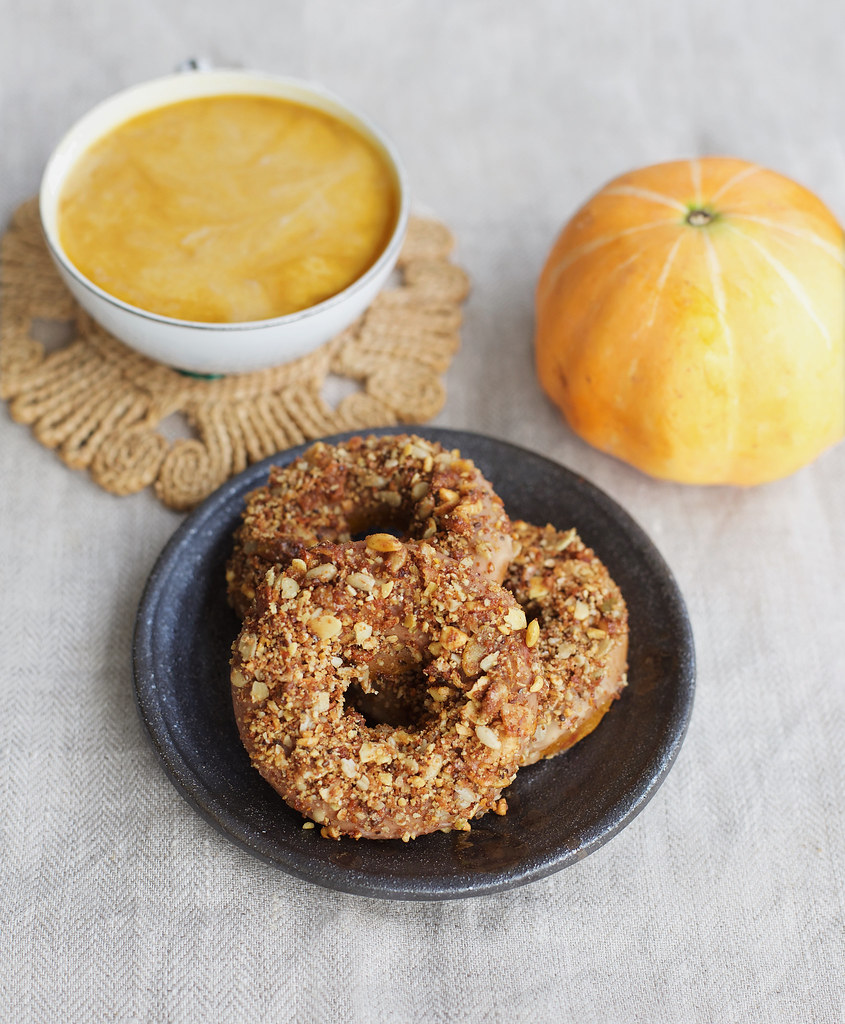 How much pumpkin can one pack in a single bite? There is pumpkin present in various forms from the donut to the streusel – pumpkin puree, pumpkin seeds and pumpkin pie spice. If you wish to be zero-waste, you could even roast the pumpkin seeds along with the pumpkin for the streusel. I tried to do that; it was time-consuming shelling the pumpkin seeds, and then dehydrating time, but that’s all part of the fun! The seeds you get from pumpkins are also likely less mature and more tender than the ready-shelled green pumpkin seeds most of us are familiar with.

The crunchy pumpkin seed streusel is the highlight in this donut. It is the perfect foil to the doughy donuts. As these donuts are not baked or leavened, it is denser than regular donuts. Psyllium husk, when used judiciously, helps to improve the mouthfeel and lighten the donut. However like chia seeds, it absorbs and holds on to moisture, so be sure to hydrate yourself well with these donuts. A Pumpkin Eggnot with these pumpkin donuts is the perfect fall season tea time! 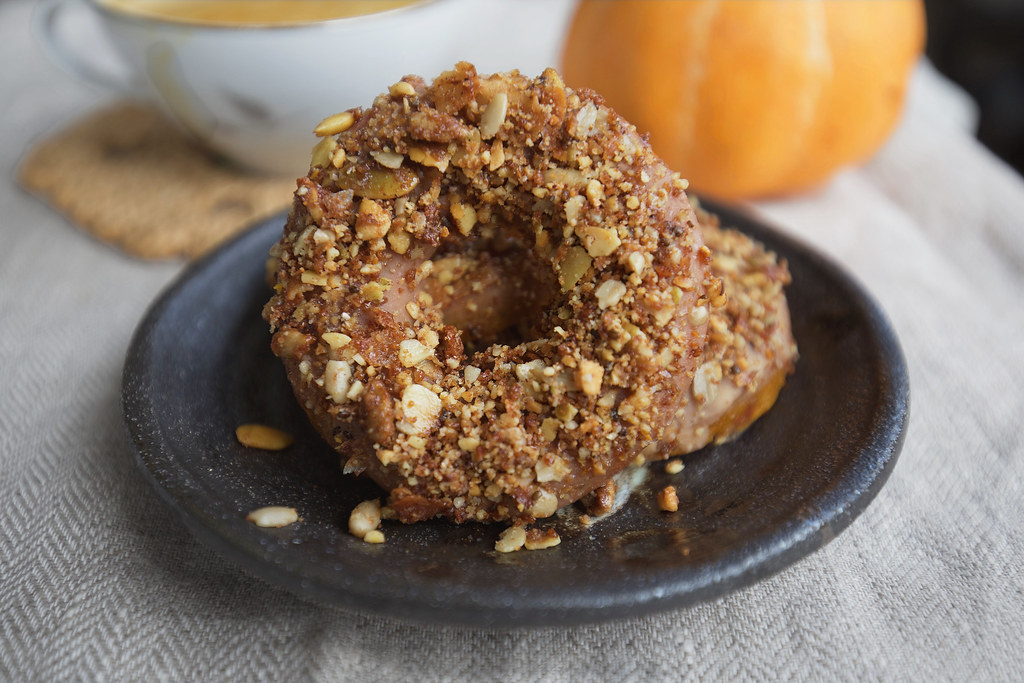 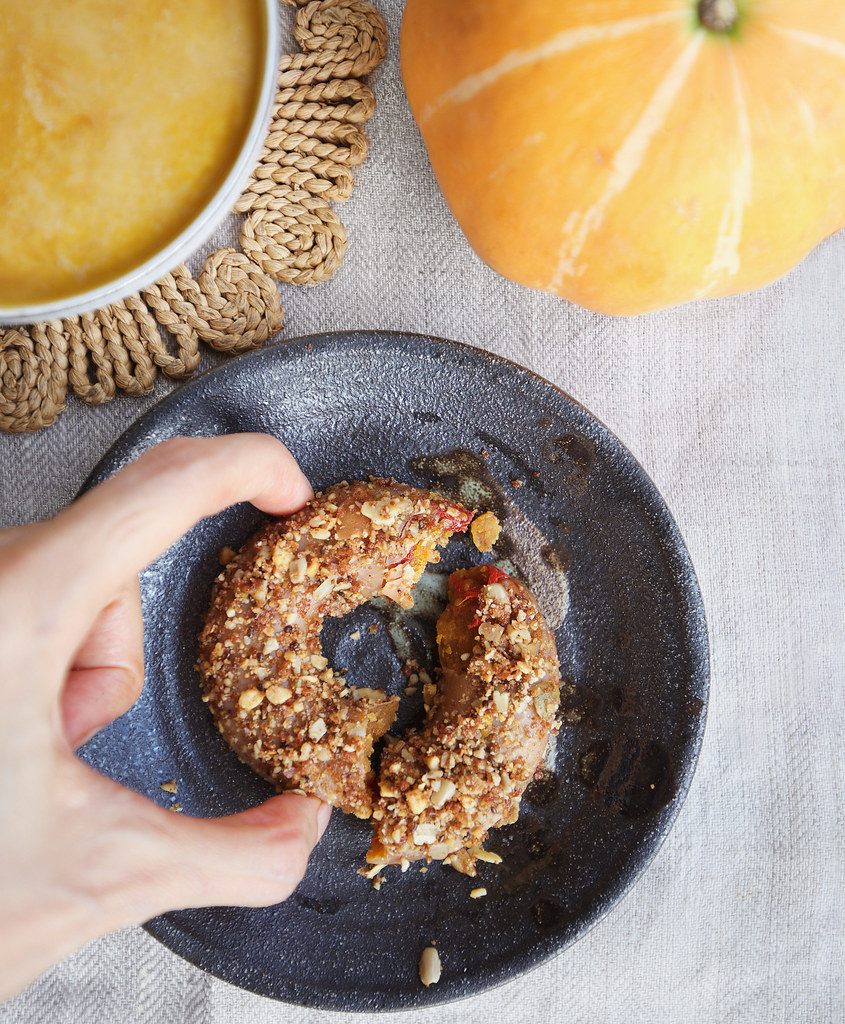 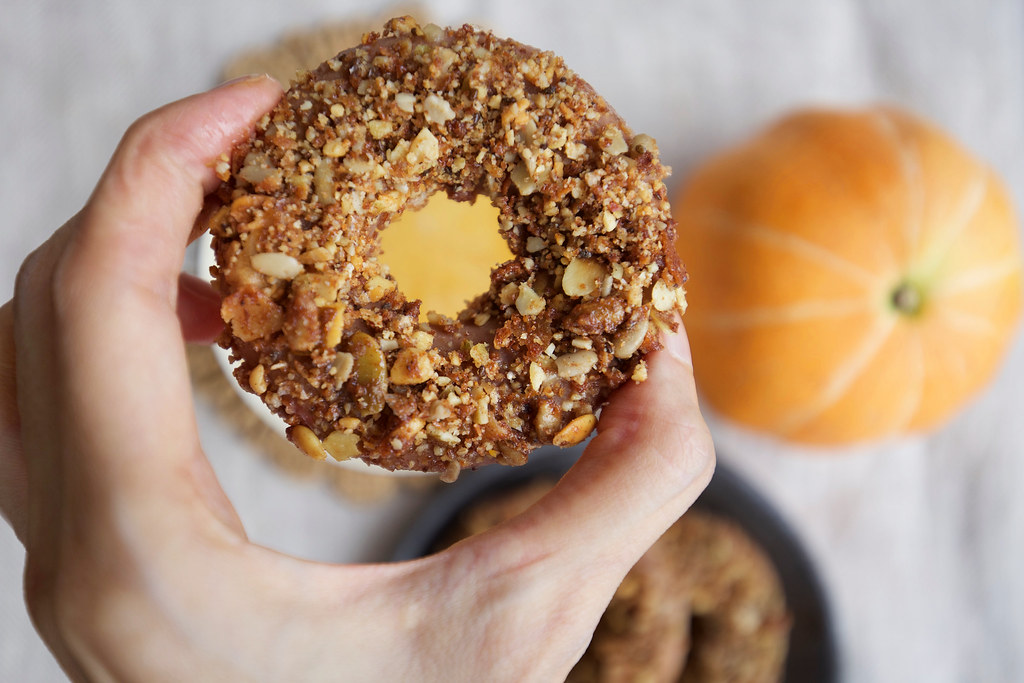 A low-baked donut pumped with pumpkin puree, alive with pumpkin pie spice, and topped with crunchy raw streusel packed full of pumpkin seeds. A healthy treat that will give you pumpkin to talk about this fall!

For the Glaze (with optional tempering)

For the Pumpkin Seed Streusel

Preheat the oven to 175°C (350°F). Place the pumpkin halves cut-side down on a lined baking tray. Roast for 45-60 minutes, or until collapsed and extremely tender when pierced with a knife. Cool until you can handle it comfortably. Scoop the pumpkin flesh into a blender or food processor. Blend on high speed until smooth and creamy.