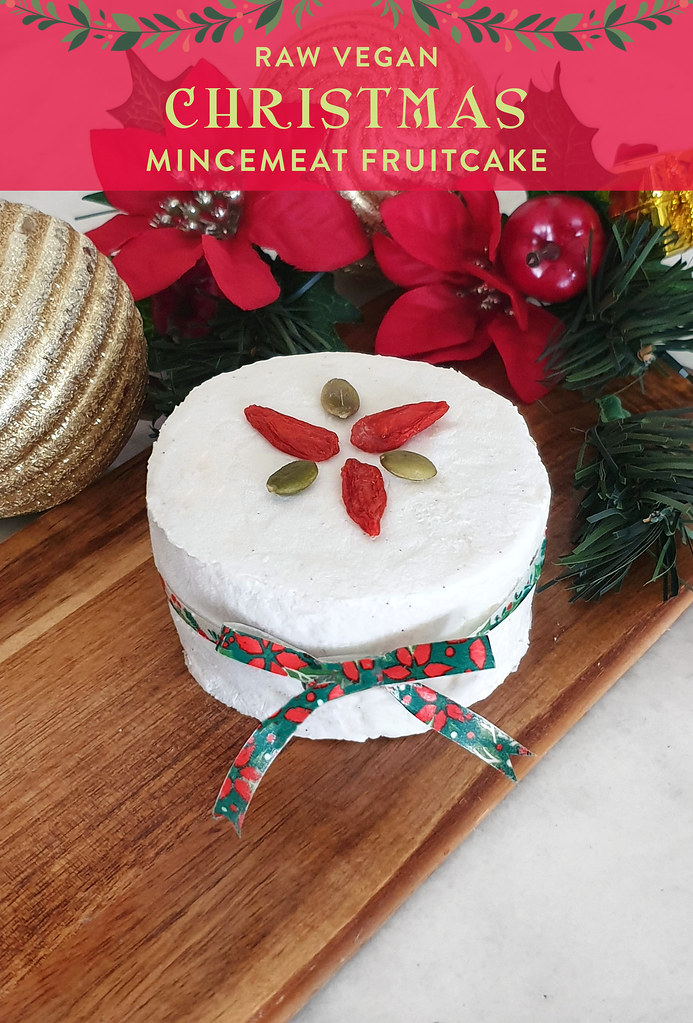 The classic British fruitcake is a dense, heavy, cake, supersaturated with dried fruits and nuts. It has earned a poor reputation and become a standing joke of the holiday season, a white elephant that is regifted by countless Secret Santas. Wait till you try this raw vegan version! It’s juicy with apples and oranges, and none of that lurid Grinch-green cherries or candy-apple red pineapples. One bite of this raw fruitcake will fill your palate for several minutes. It captures the very essence of the holiday season. You will not want to pass on this fruitcake.

The Crumb of Raw Fruitcake

A mix of desiccated coconut and almond flour takes the place of regular flour. Do not use store-bought coconut flour which is defatted and highly absorbent; it will make your fruitcake too dry. Use whole desiccated (shredded) coconut and blend this in a spice grinder or food processor until a flour consistency.

Fruits in the Raw Fruitcake

This raw fruitcake uses both fresh fruit (apple) and dried fruit. Fresh apple gives lightness and juiciness to the cake. For the dried fruit, I used an assortment of apricots, figs, goji berries, and tart cherries. Feel free to use whatever you have on hand; other options are cranberries, raisins, sultanas, currants, pineapple, or even unrefined candied ginger (I do a homemade version). Keep in mind to have a combination of different colours and tastes – for example tart apricots and cherries, and sweet figs and goji berries.

When selecting dried fruit, make sure to choose those that are unsulphured, sugar-free. The ingredient list should only have one item listed, which is whatever that fruit is. Certain dried fruit like dried cranberries and cherries tend to come coated with sunflower oil (even organic brands). This is to prevent spoilage and preserve flavour. A brief soak in warm water will help to dissolve the oil coating.

The British call their holiday spice mix “mixed spice” (how creative!) or pudding spice. It is similar to the American pumpkin pie spice or Indian garam masala, having a warm and sweet-spicy flavour and aroma. It is heavy on cinnamon and allspice, and also includes nutmeg, cloves, ginger, sometimes coriander. The fruitcake also contains citrus zest, namely of orange and lemon, which zesty notes balance the rich profile of the cake. 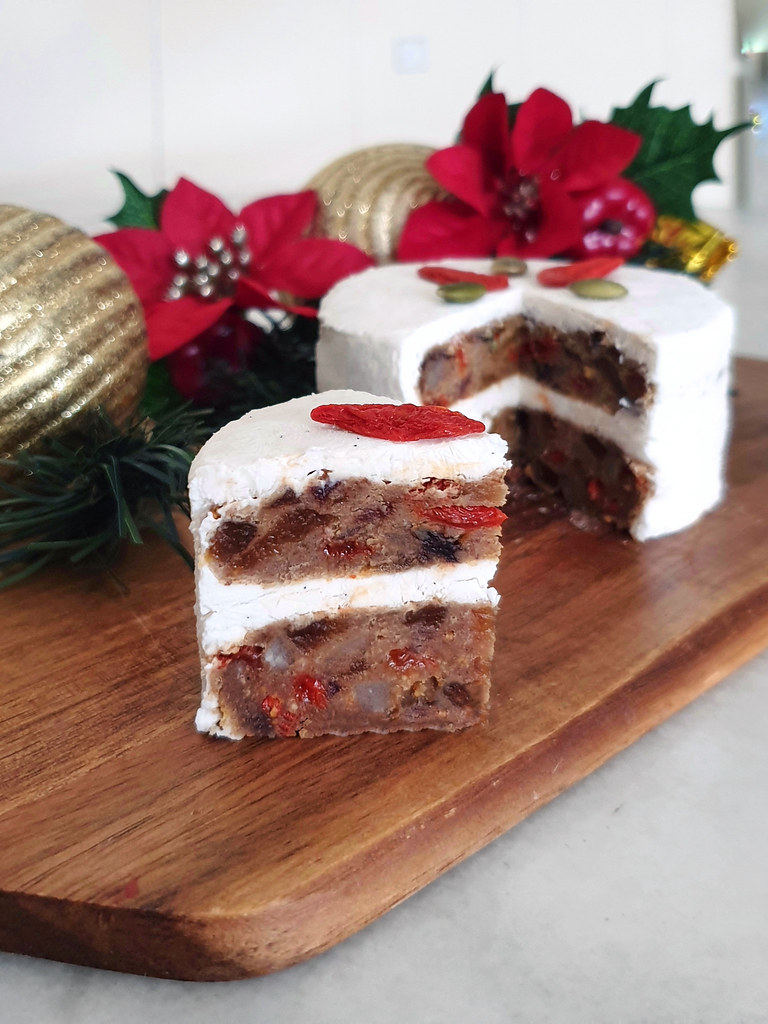 How to make Raw Fruitcake

Once the cakes are formed, you can place them directly in the freezer, or dehydrate them for a firmer and cakey texture (recommended). Once set, frost the cake. I used COYO coconut yogurt, which has a very thick consistency that is ideal for frosting. Otherwise you could use a cashew-based frosting. 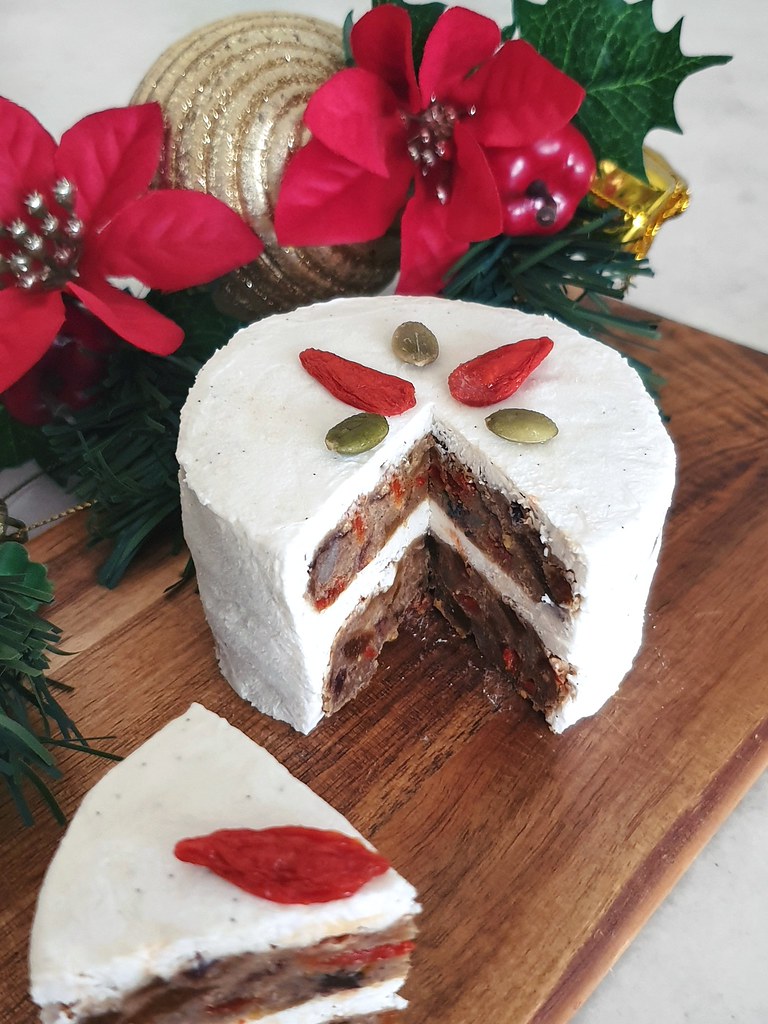 Looking for more Festive Dessert Ideas? Check out my:

For the Dry Ingredients

For the Mincemeat - Textured Ingredients

For the Mincemeat - Wet Spice Mixture

For the Frosting and Decoration

Alcoholic version: use 1/4 cup cognac or brandy. Burn off some of the alcohol over medium-low heat for 1 minute, then add to the wet spice mixture.