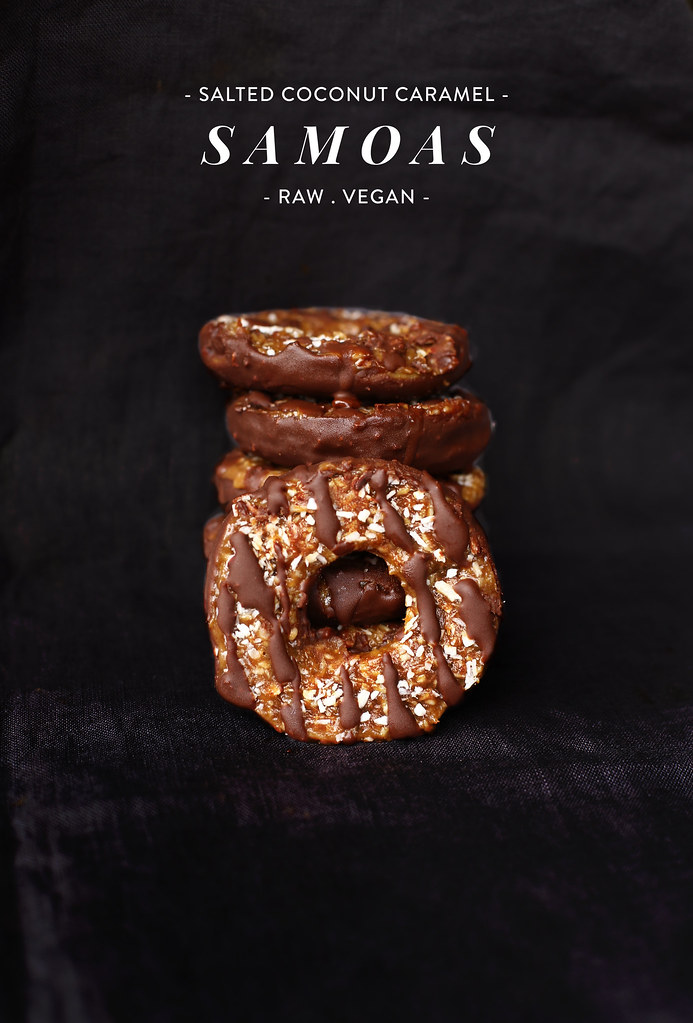 Samoas are a basically coconut version of a Snickers, crisp cookies topped with toasted coconut caramel, dunked in dark chocolate with more to drizzle. It is one of the more popular Girl Scout cookies, along with Tagalogs, Thin Mints, Trefoils, Smores and Do-si-dos. How Samoas got its name remains a mystery, maybe because they grow a lot of coconuts in Samoa.

Coconut is the defining feature of a Samoa, so I have included it in the base and caramel layers for double the delight of this fatty, fleshy drupe. However to maintain the raw state, instead of toasting the coconut, I have used mesquite powder to impart the caramelised sweetness of toasted coconut. Mesquite powder, which is ground from the leguminous seedpods of the Mesquite plant, also brings along its benefits of dietary fibre, vitamin C, minerals (calcium, magnesium, potassium, iron, zinc) and the essential amino acid lysine. Double win!

Don’t forget a good pinch of Himalayan salt for that sweet-salty satisfaction of salted caramel! 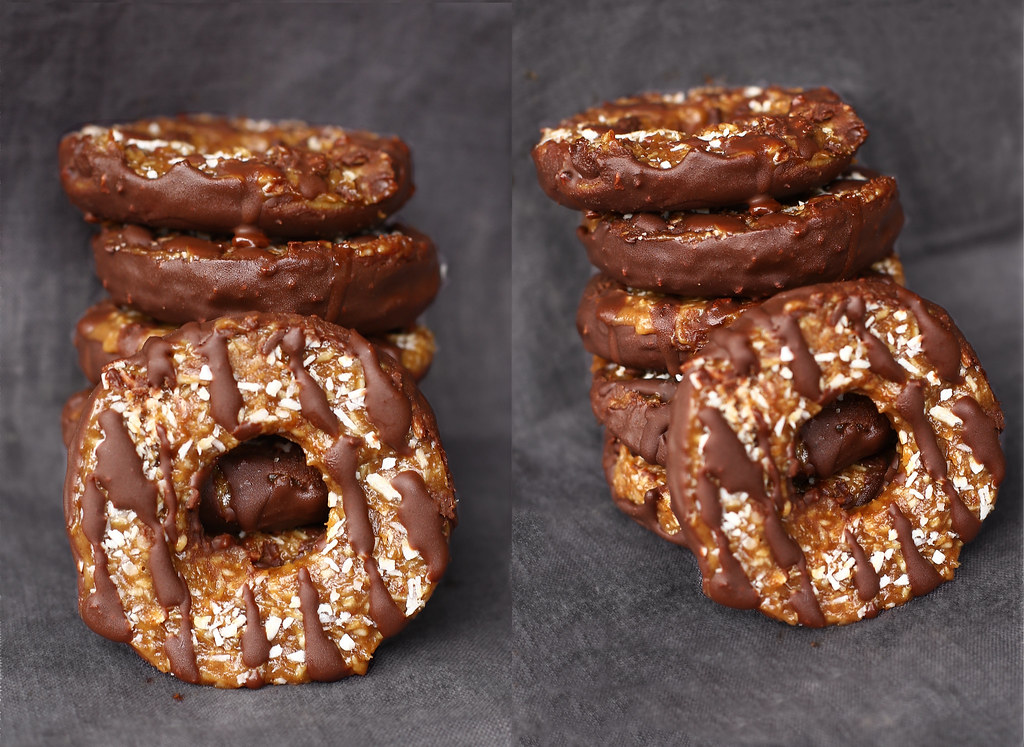 Coconut, caramel and cacao come together in happy harmony in this raw vegan Samoa girl scout cookies. Mesquite gives the characteristic caramelised flavour of toasted coconut without the need to toast coconut, plus its own array of nutrients!

For the Coconut Shortbread Base